Another solo trip just a mere 90 minutes away from home.  I took the back roads again for the scenic route through the countryside.  The Wildlife Management Conservation area was very easy to find and open to the public for day use so it was not gated.  My first look at the area I was less than impressed.

The Equestrian campground had many trees but none offered much in the way of shade.  There was a bathroom and a large pavilion as well as horse stalls. But again…no shade.  I drove up around the back and found the Primitive campground that had a few occupants and lovely oaks with a full head of leaves offering a great deal of shade. So, I selected a site way in the back with a table and a fire ring under a couple of nice oaks.  There was a tent camper fairly close but it still offered the privacy I desired.

I set up camp, had a snack, packed a backpack and set out on a hike to find Jones Creek.  I packed my newly purchased mini rod and reel and small tackle box along with some water and snacks.  I was hoping Jones Creek was more than a trickle. The hike was hot and pretty far for me about 2.5 miles. 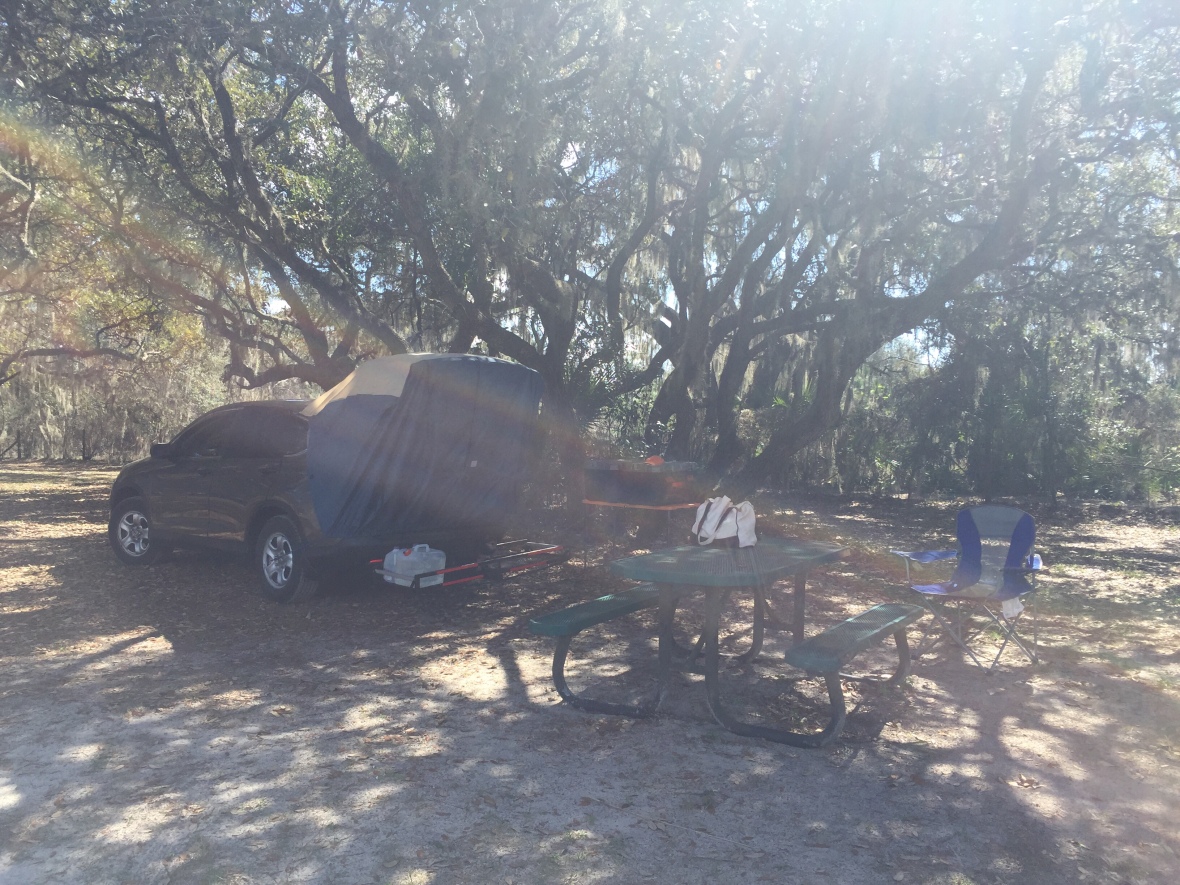 The creek did not disappoint!  The rod and reel worked well and it was fun to have something to do when I got to the creek.   Daisy and I were pretty pooped so we fished and rested and snacked before heading back the 2.5 miles. 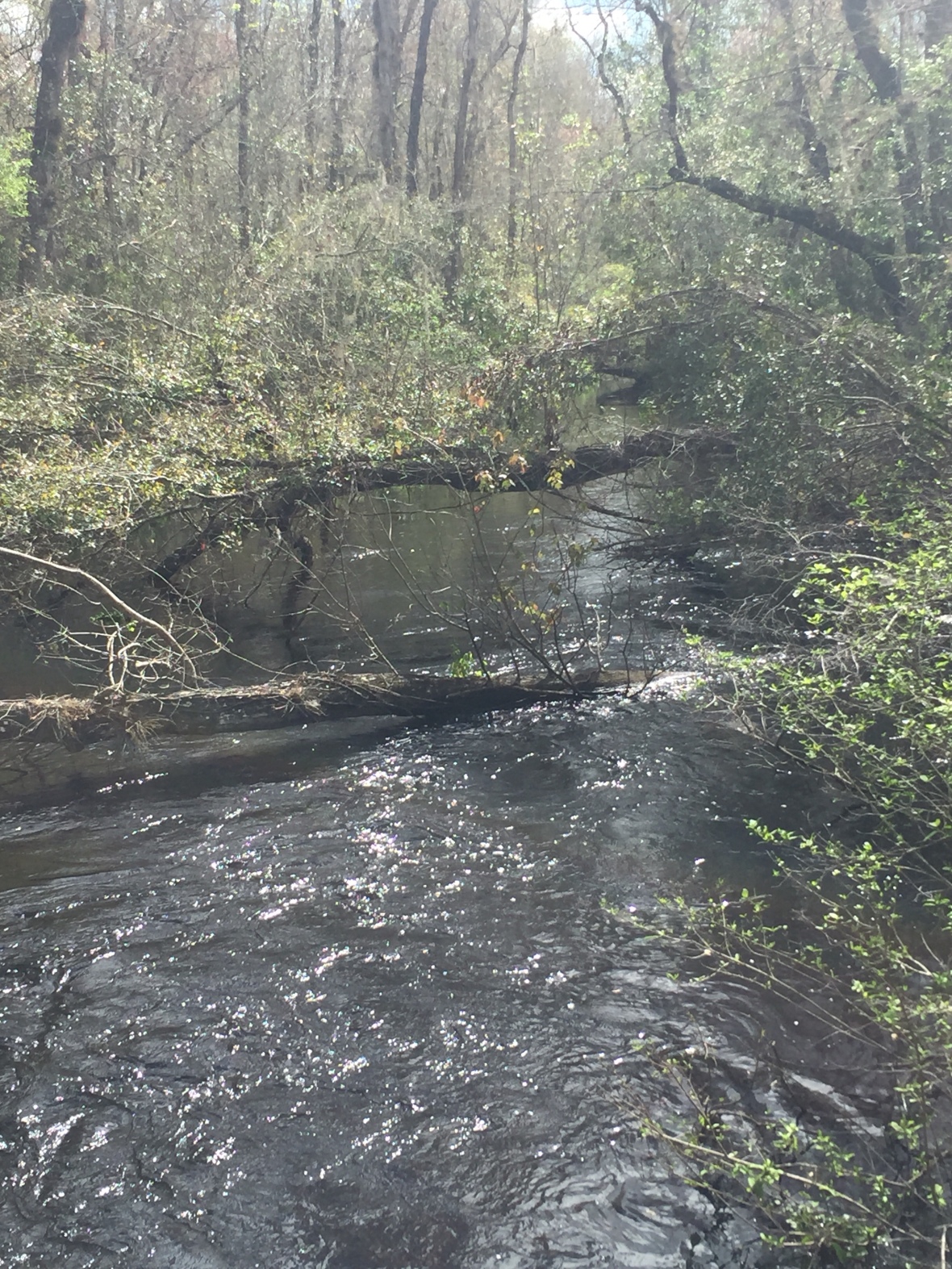 When we returned I knew I better collect some fire wood before dinner so after a rest in the hammock (that I used for the first time) we tromped through the brush and scavenged what we could find.  There were tons of cacti all through the grass so I was careful not to step on the long spines since I didn’t have on my leather boots.  There were large piles of wood but much of it was too large to carry or make a fire. 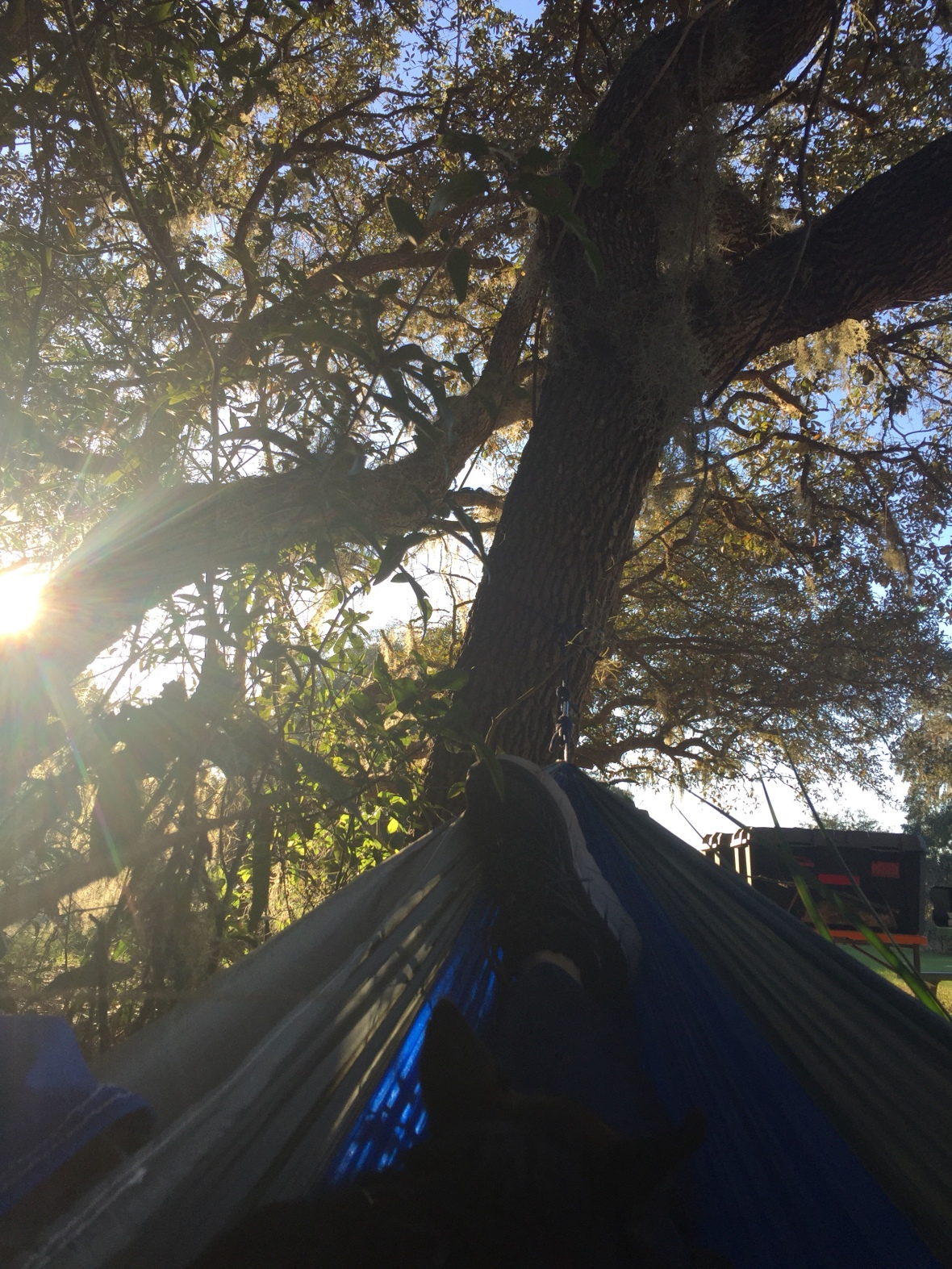 I also purchased a butane/propane mini stove and it worked really well.  I brought along my small cast iron skillet which I love.  After dinner I met Hal my neighbor to the East in the large tent.  We shared a fire and a beer and he shared his story. Five and a half plus years on the rode tent camping for free or ten dollars or less!  He retired and is fulfilling his dream.  He has been around the country a couple of times and expects to hit his 1000 night of camping sometime in May. 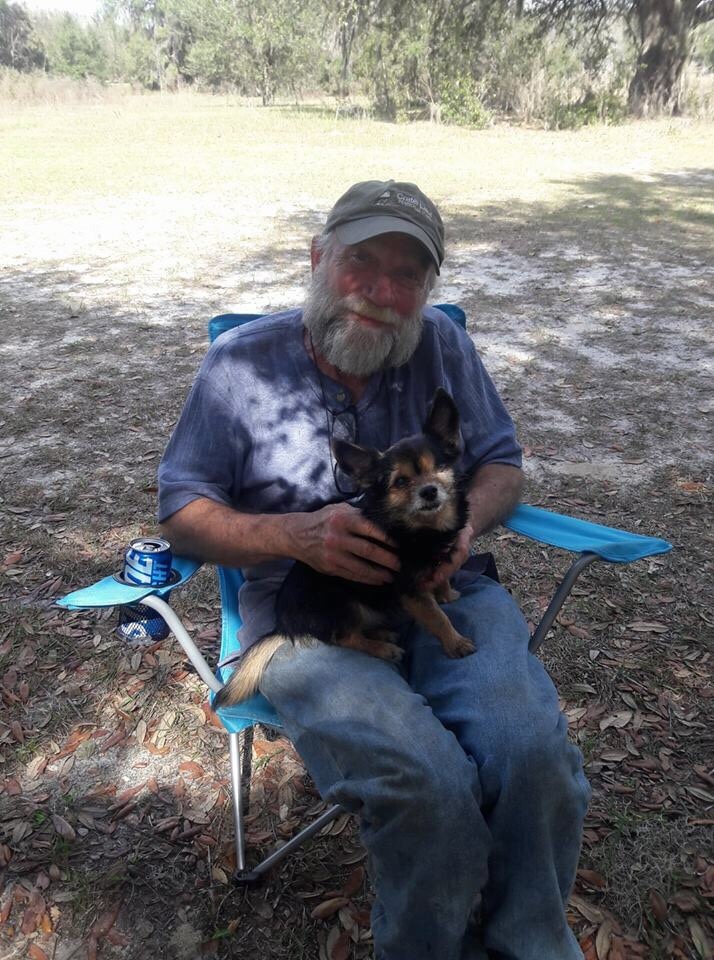 Still had issues with sleeping at an angle but had a battery operated fan for comfort.  Also took care in putting the tent on the car to endure that there were no gaps for mosquitos to get in.  I purchased mosquito netting for the back door windows that slip over the door and cover the windows so you can roll them down for air circulation and they worked great. 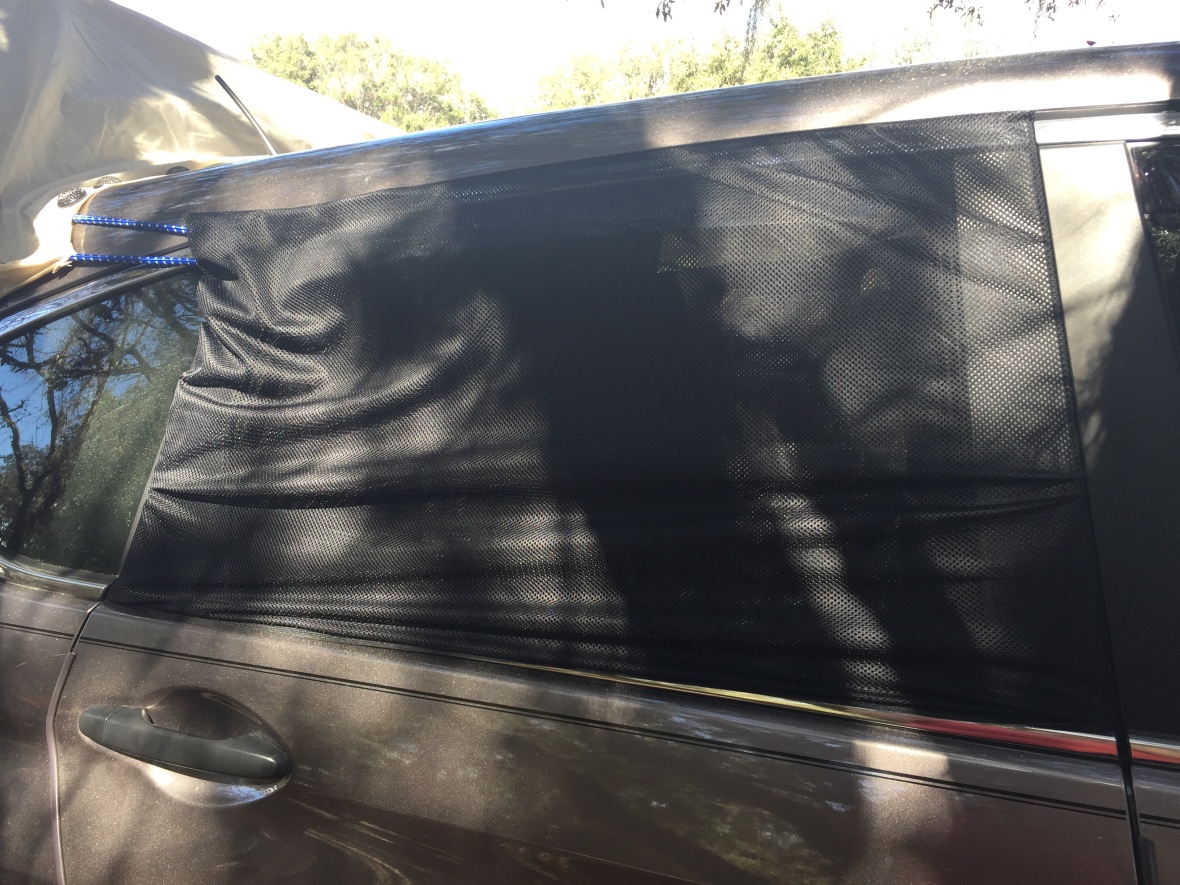 The morning was extremely foggy.  Prepared a substantial breakfast, cleaned up and set out for the creek again. I had a blow out with my hiking boots and lost a sole so I just pulled the sole off the other one.  Worked for the trip. Seemed like a much quicker trip the second time but far non-the-less.  Lost a couple lures but still had a good time, met a few people including Jamie a fellow camper who had a Toyota with a truck topper on the roof and solar panel on top of that.  He slept in the topper.  Said it really cut into his gas mileage. Nice young dude that wasn’t ready to do the rat race.

The trip went well and I did pretty good on my own.  I would recommend the campground and would definitely stay in the primitive section.  As always I learned some things.