We finally made it on the road! First night in Eatonton , GA

It is reasonable and very nice with shaded ( not nice for solar) campsites many right on the water. Sites with electric/water $14 and w/o are $9/ night. There is an unmanned ranger station with a pay box and envelopes. They are first come first serve.

The sites have raised gravel platforms, picnic tables, grills and fire rings. Many of the sites you have to park on the road. I found one I could back into- site 35.

There is a swimming area and a boat ramp. 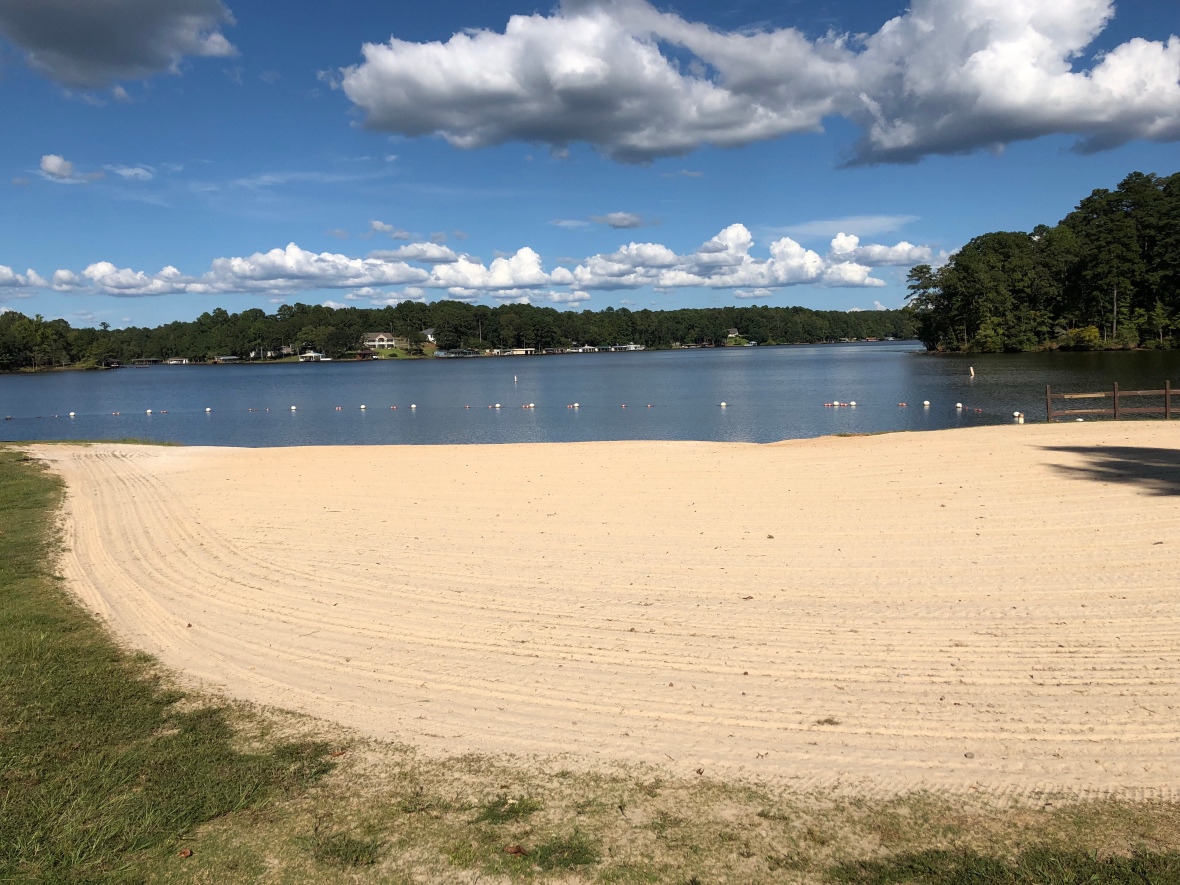 And don’t forget the wildlife- some not so wild

( taken with my new camera!) 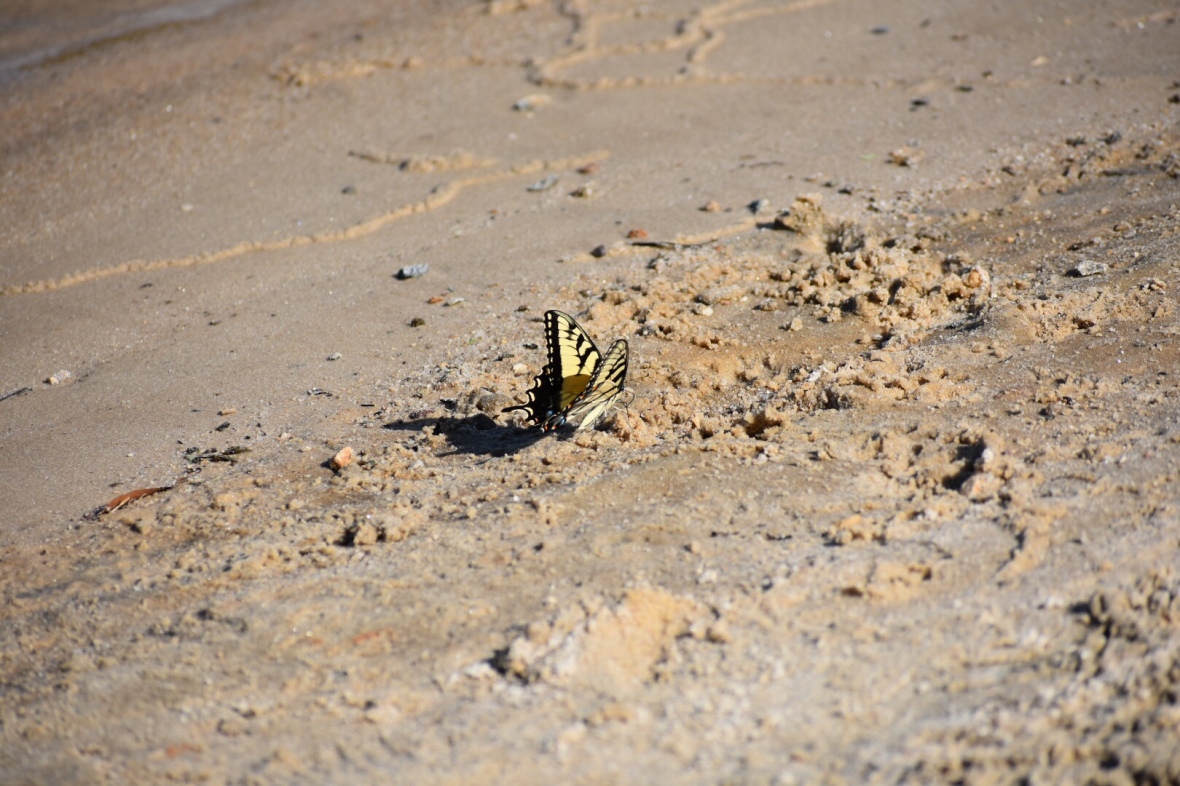 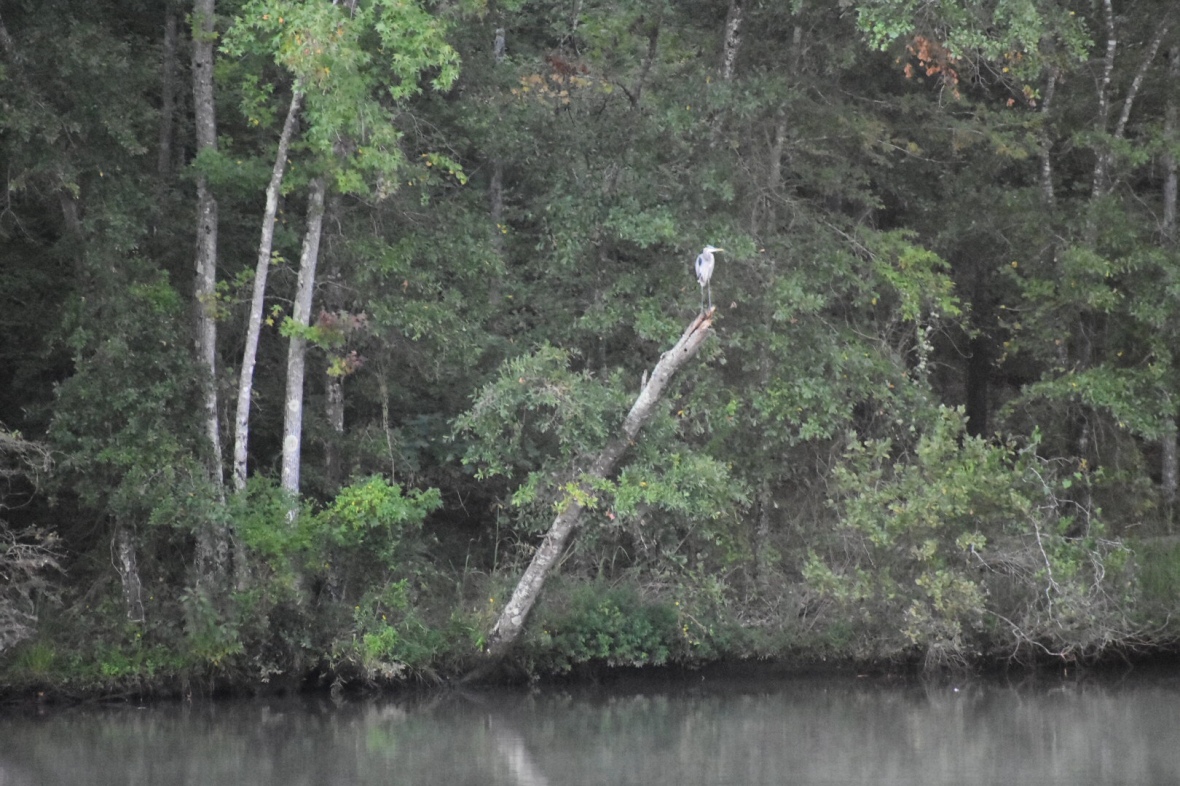 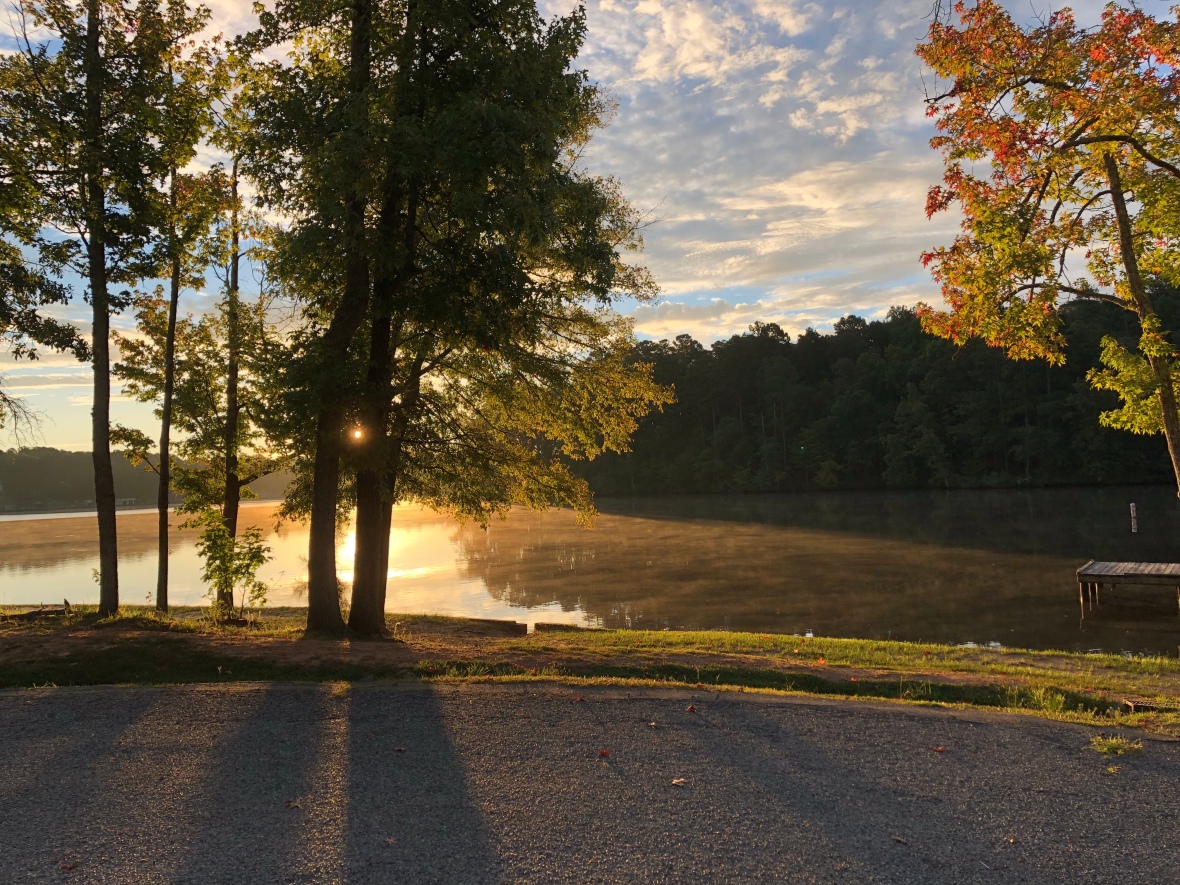 On the way I stopped at a country produce stand to get farm fresh eggs. There was a pay box and worked on the honor system. The eggs were $3. I isn’t have any ones so I bought some cucumbers too.

This park is very nice with grassy sites that have concrete picnic tables, a fire ring and a grill ( except mine was missing -site 7). Most sites are on the water. There is a boat ramp, a fishing pier and it is on a bay off the Tennessee river. Some sites are shaded or at least have a tree on it and some are full sun.

Met some nice folks whose parents own a carpet mill. They gave an indoor/outdoor carpet for outside my van! How nice!

Took the kayak out in the bay. 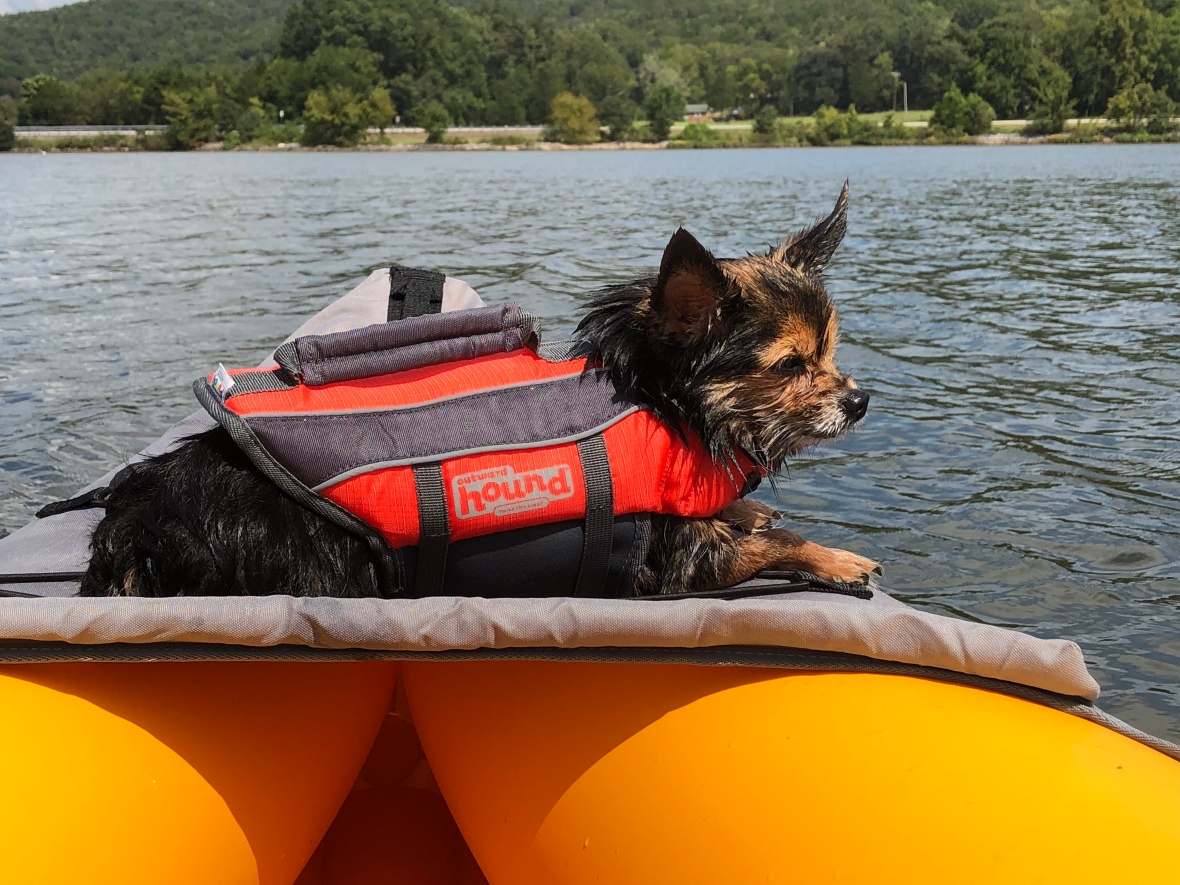 And almost to the Tennessee river. 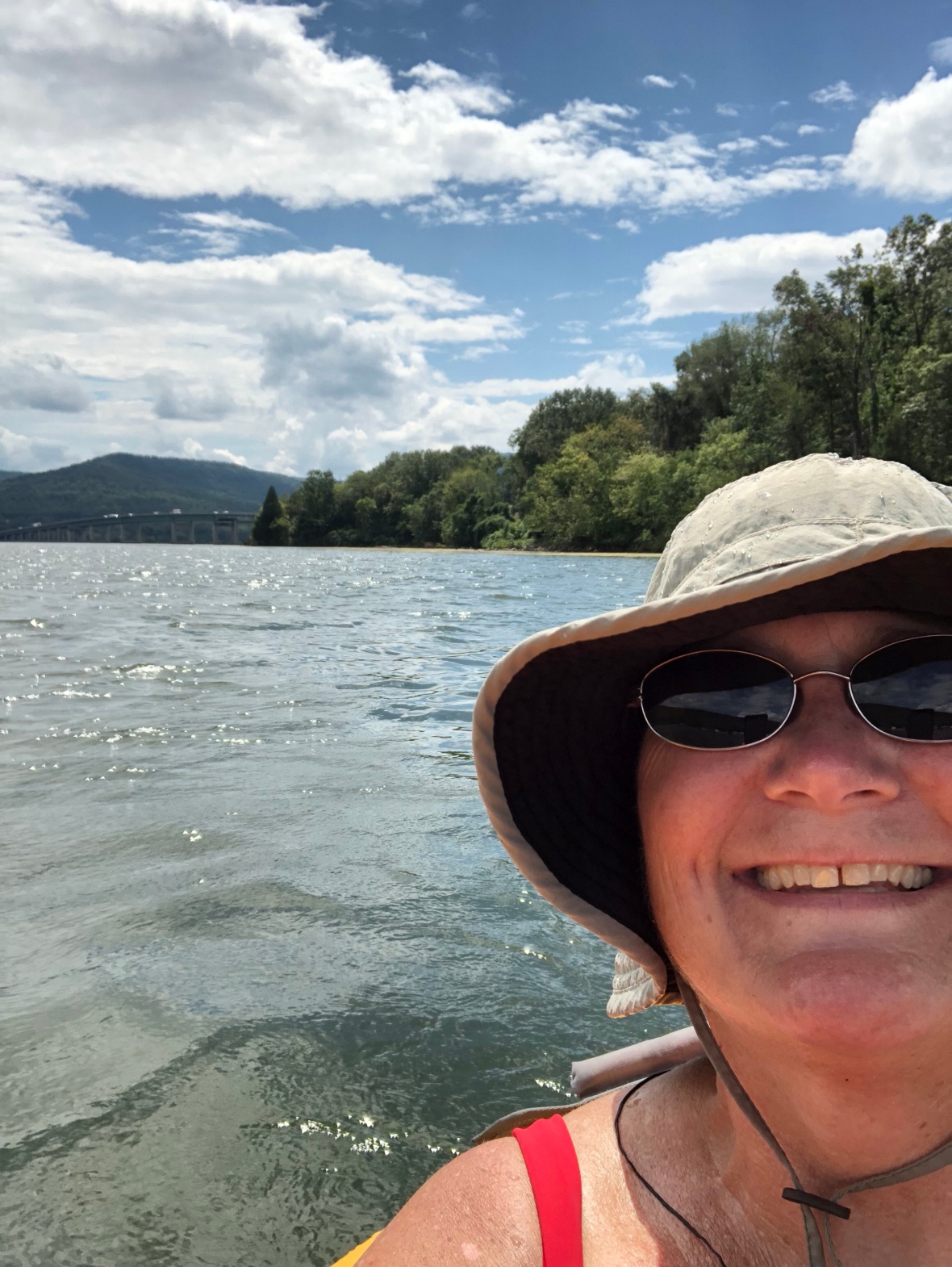 Yes, I was brave enough to take my phone. In a waterproof bag.

One downside to this campground is that there is a highway just across the bay so the traffic noise is pretty loud. I put my headphones in the first night to dampen the sound. It worked well. I then woke up and realized Daisy wasn’t in her sleeping spot at the end of the bed!! I was freaking out and could eat her crying OUTSIDE the van! She either jumped out or fell out the back! I opened the side door and she jumped in. Thank God!

Day two I had a slight emergency. I broke my pour over coffee maker!!! So I took a very scenic trip to Walmart along the Tennessee river, no luck. Then to Bed Bath and Beyond and got a cheaper but more rugged one that requires filters.

Visited here after shopping as it was very informative. The site if the second deadliest battle in American history. There is a movie, a museum 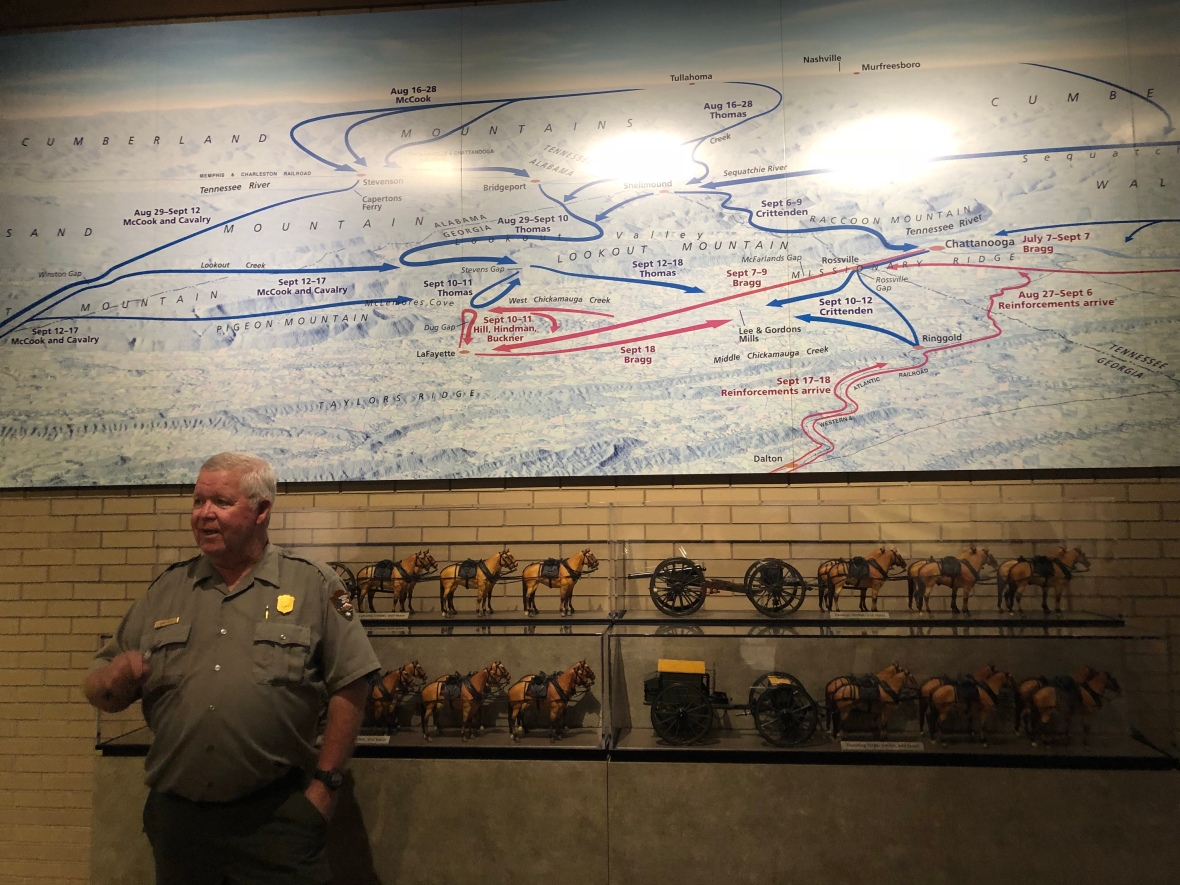 and a driving tour similar to Horseshoe bend. Today they had a ranger guided tour and he was great and full of knowledge.

There are hundreds of monuments placed by veterans of the civil war. I wondered if there were any from Florida.

This answered my question. 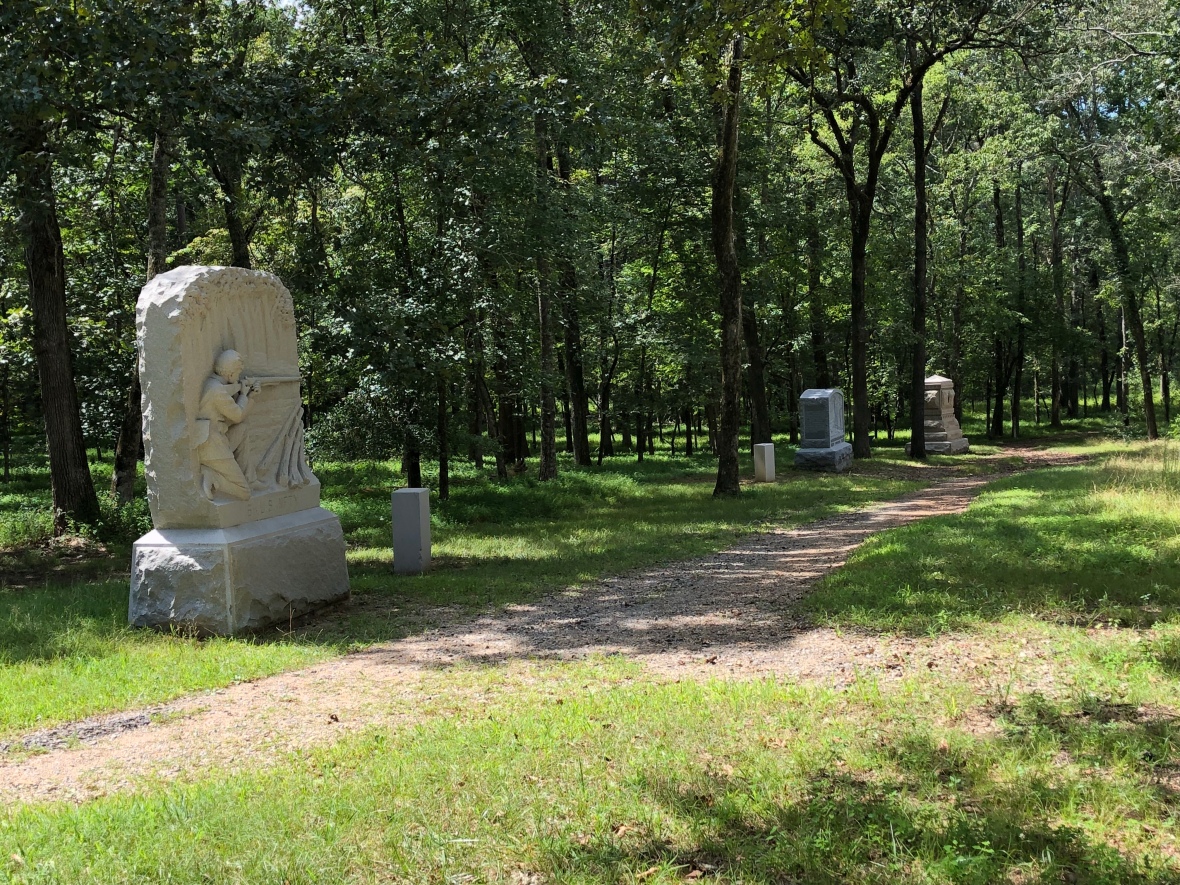 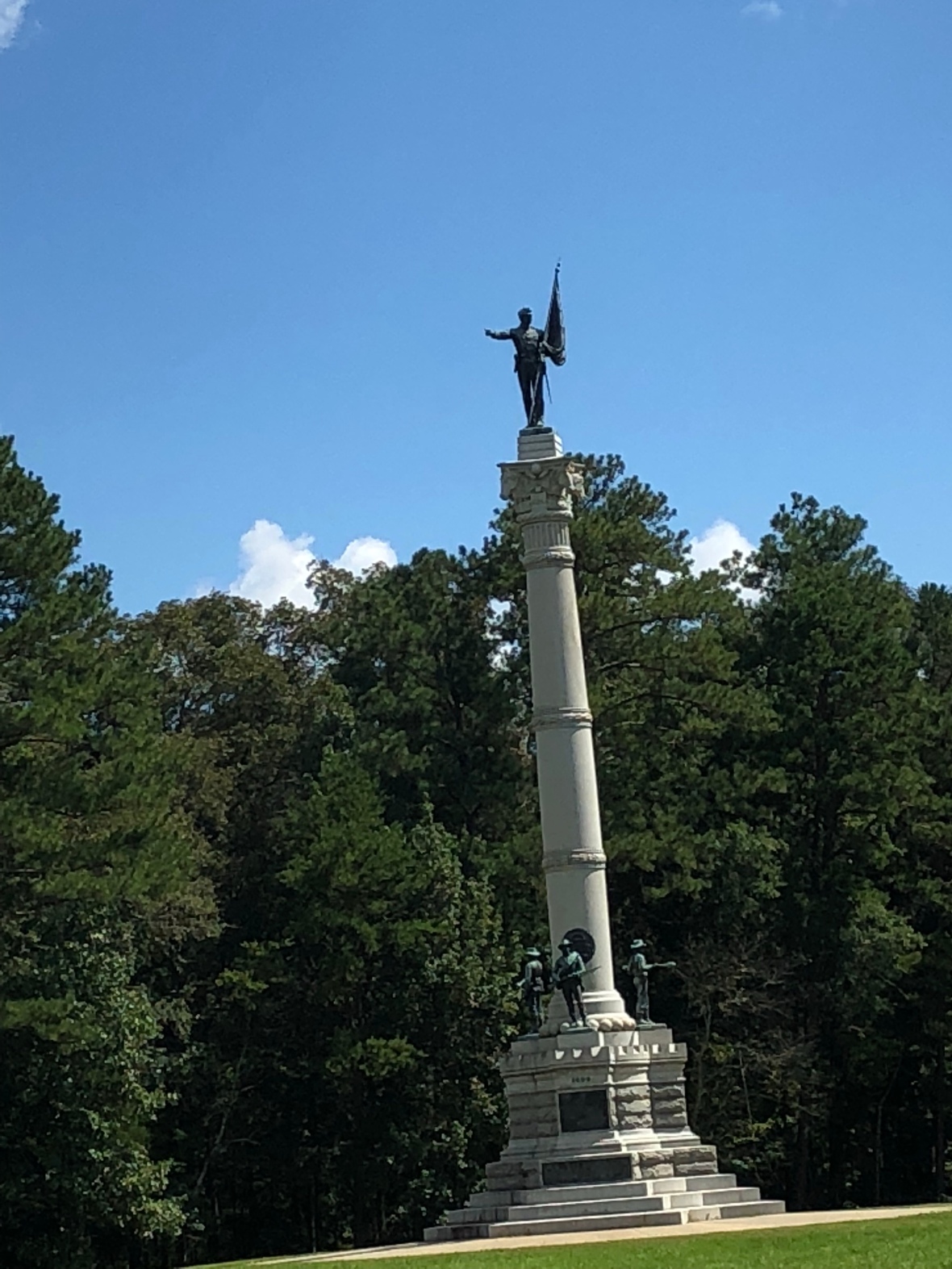 There are also replica homesteads. 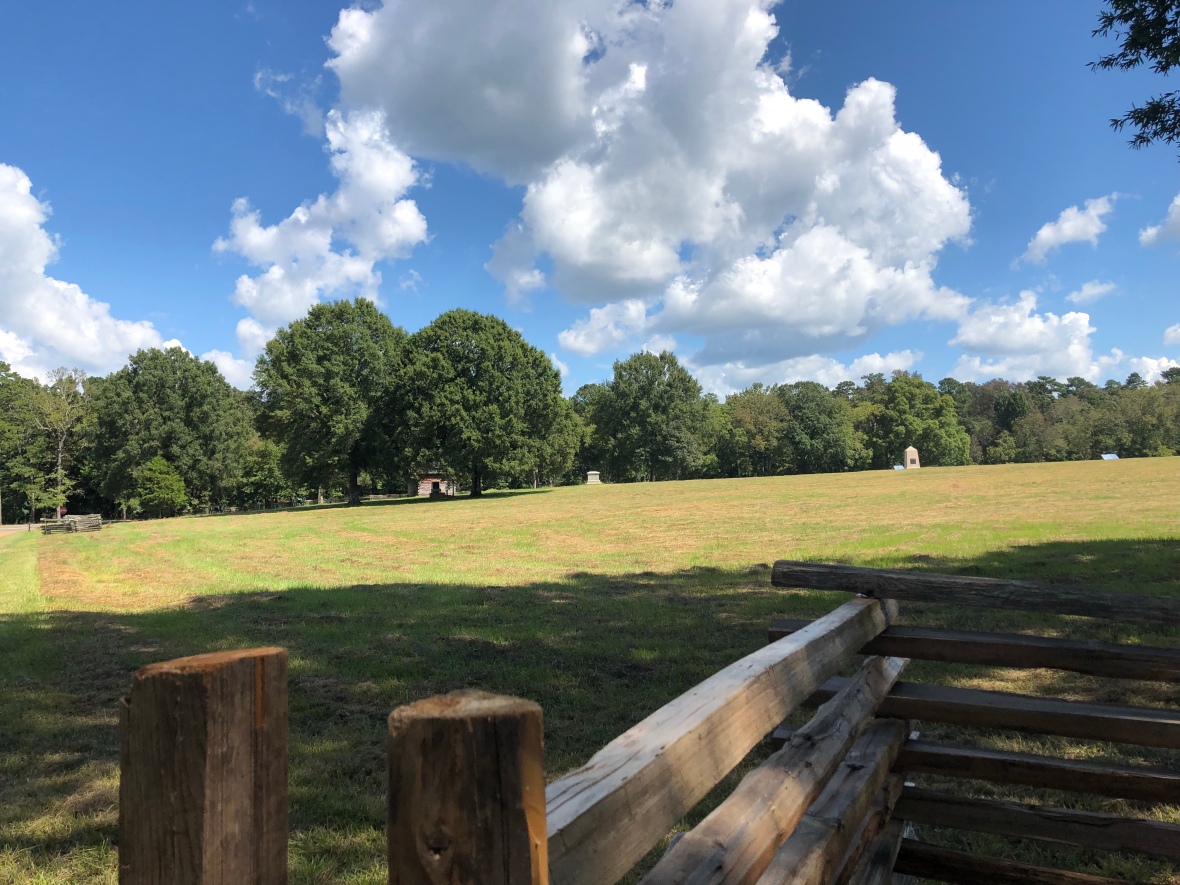 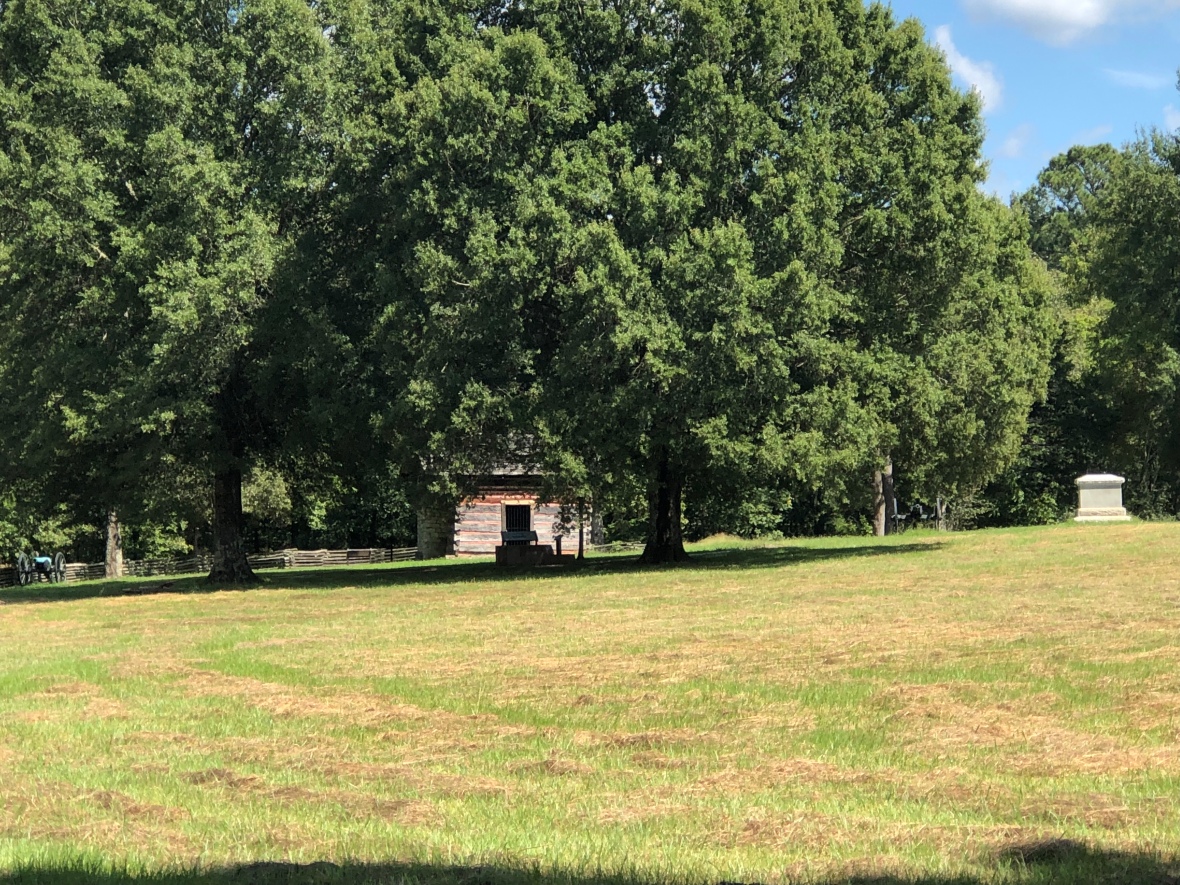 He said that the farmers couldn’t plant crops because if they dug they would likely uncover a grave. So the thought they would sell the timber but the timber companies wouldn’t by the trees because there was too many bullets and musket balls in them and they would damage the saw blades. So the farmers and families collected the lead from the ground and sold it to make a living.

The oneway road around the reservoir was cool 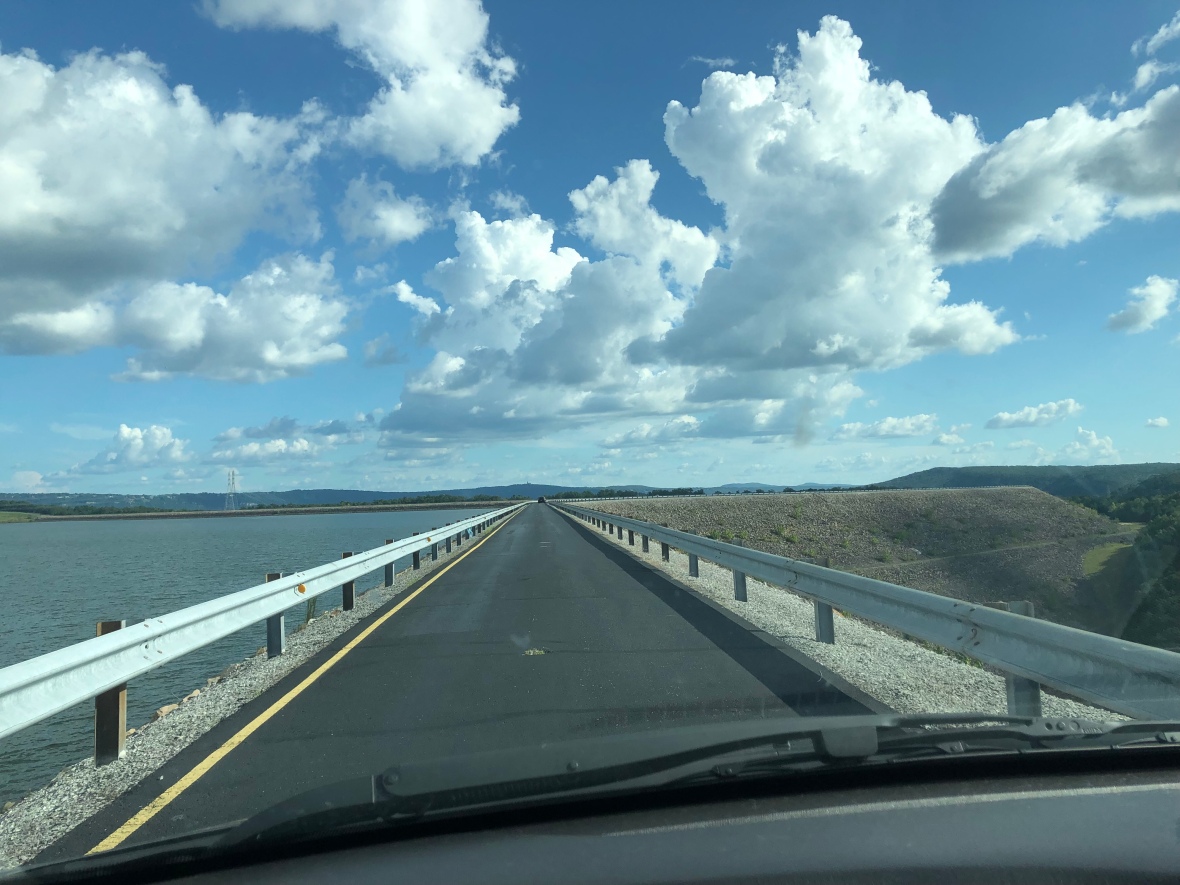 The visitor center was closed. But the view was fantastic. 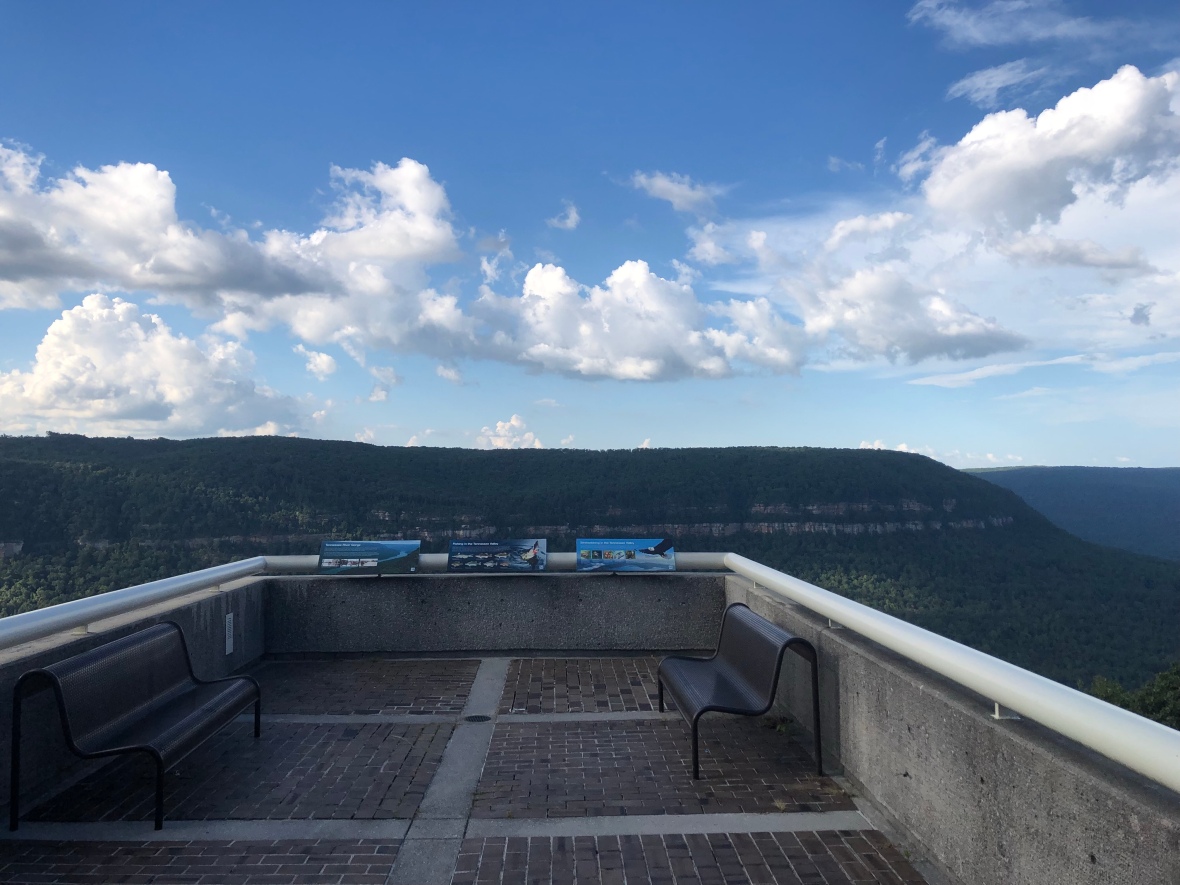 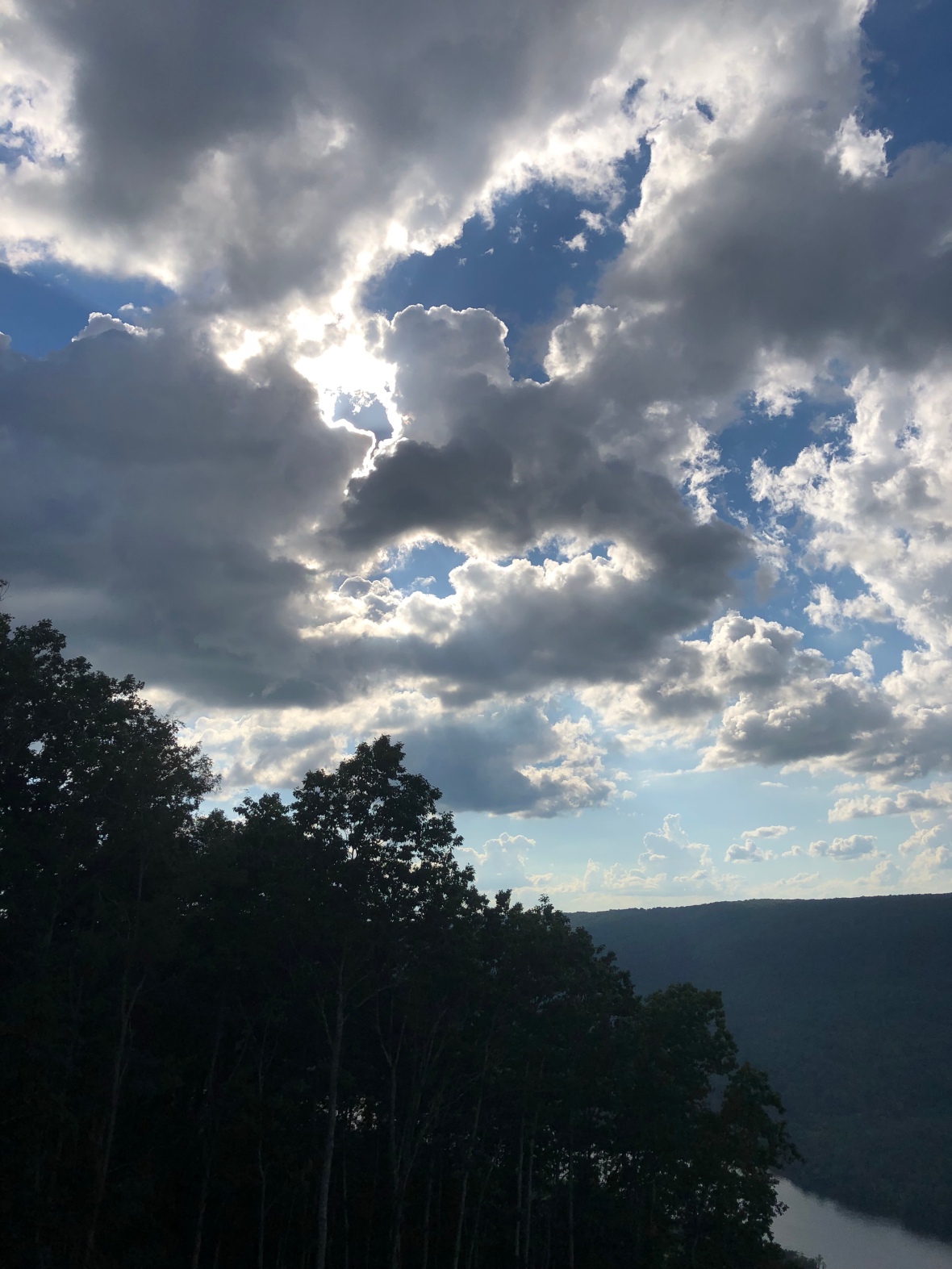 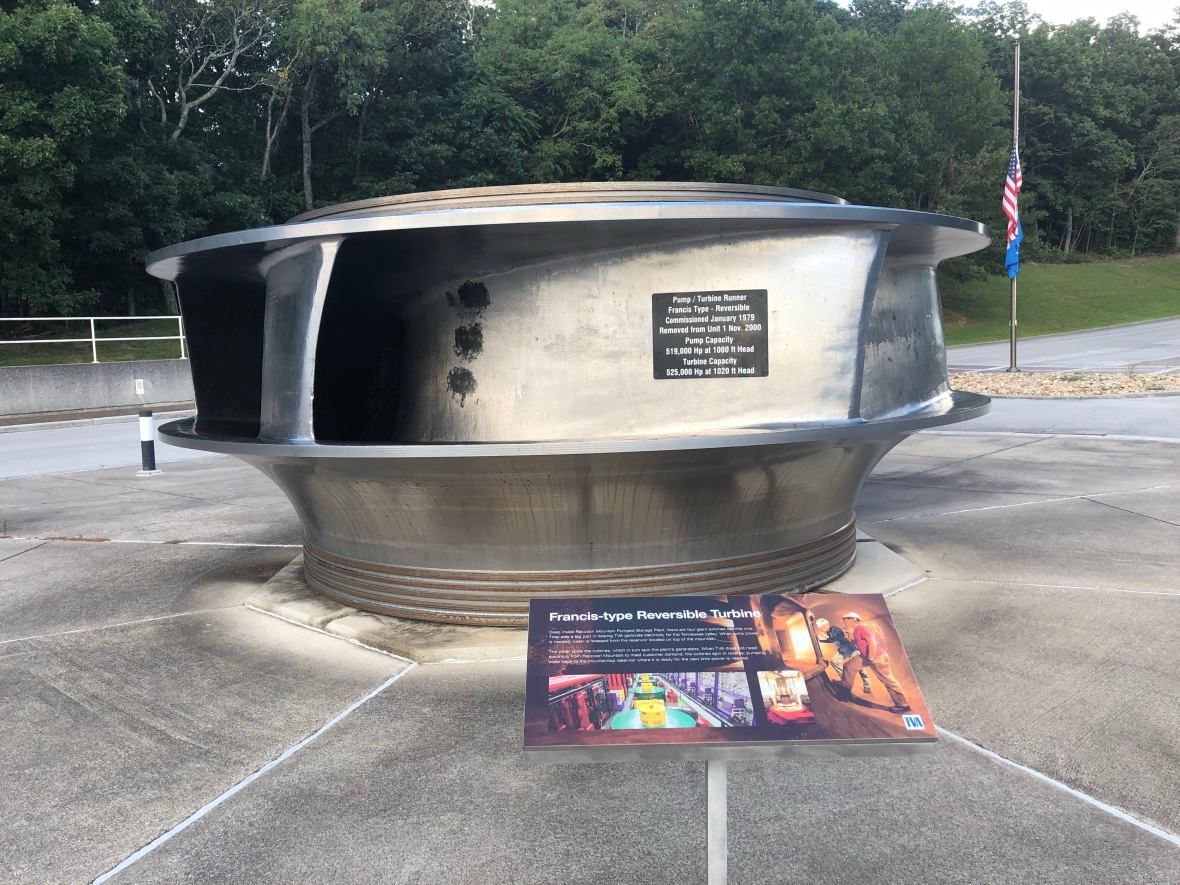 Was a very long day. My nice neighbors cooked my chicken for me and kept me company for dinner. 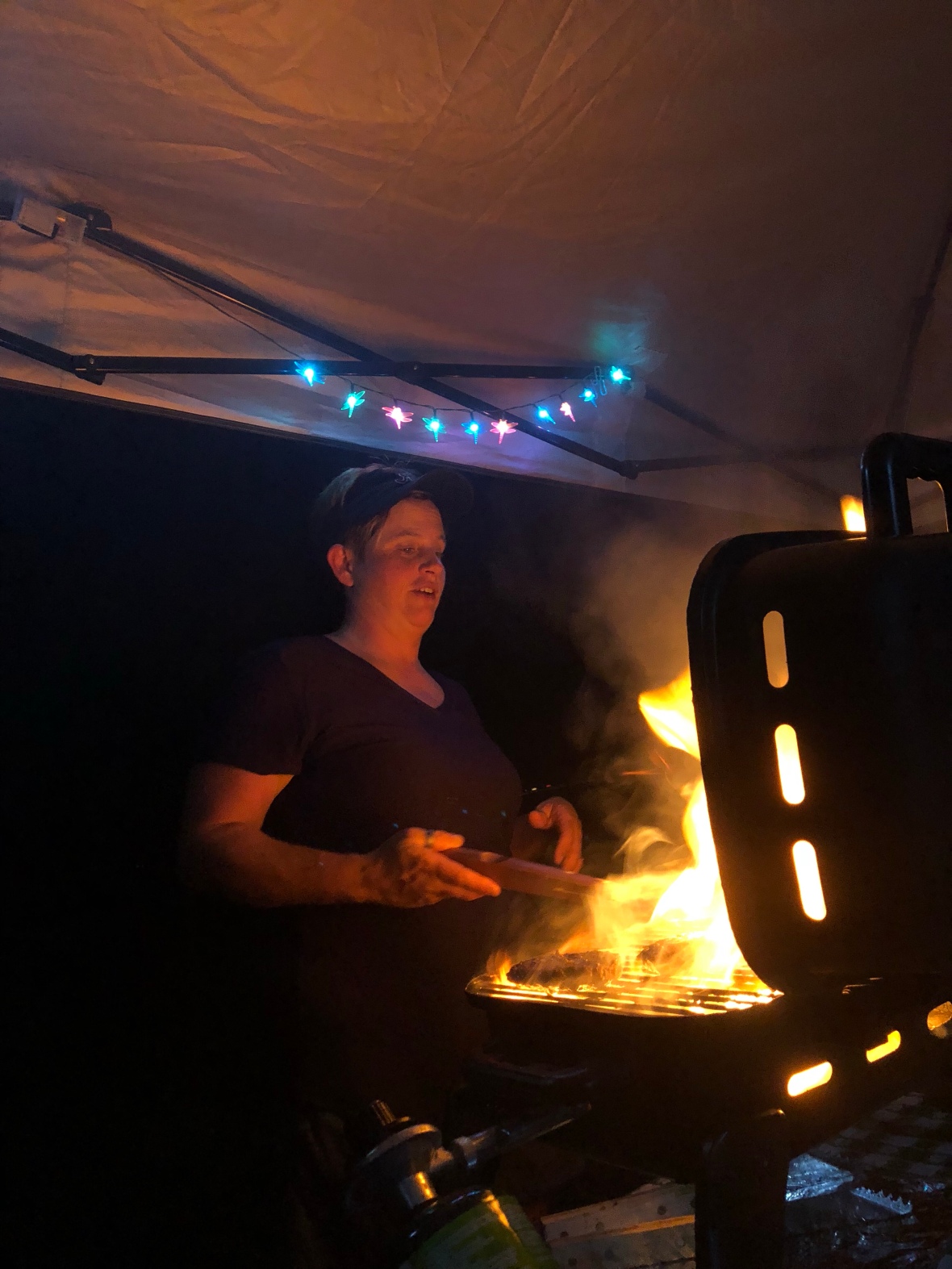 We continued our trek North. Google maps informed me that there was a delay ahead and offered a different route. Since we had been driving in the valley (such a concept for Florida raised me!) with mountains on either side I knew that meant up into the mountains we would go…and yes we did. On this detour we came to the small town of Palmer Kentucky. It was clear it was not an ordinary day. There were folks lined up and down the road in chairs and trucks and cars and SUV’s. Kids, adults and the elderly. All clearly awaiting something BIG. So I pulled over and asked and yes indeed it was the annual Labor Day Parade! So I found a shady spot near the beginning and opened the side door and Daisy and I awaited the grand event. Here are some shots. 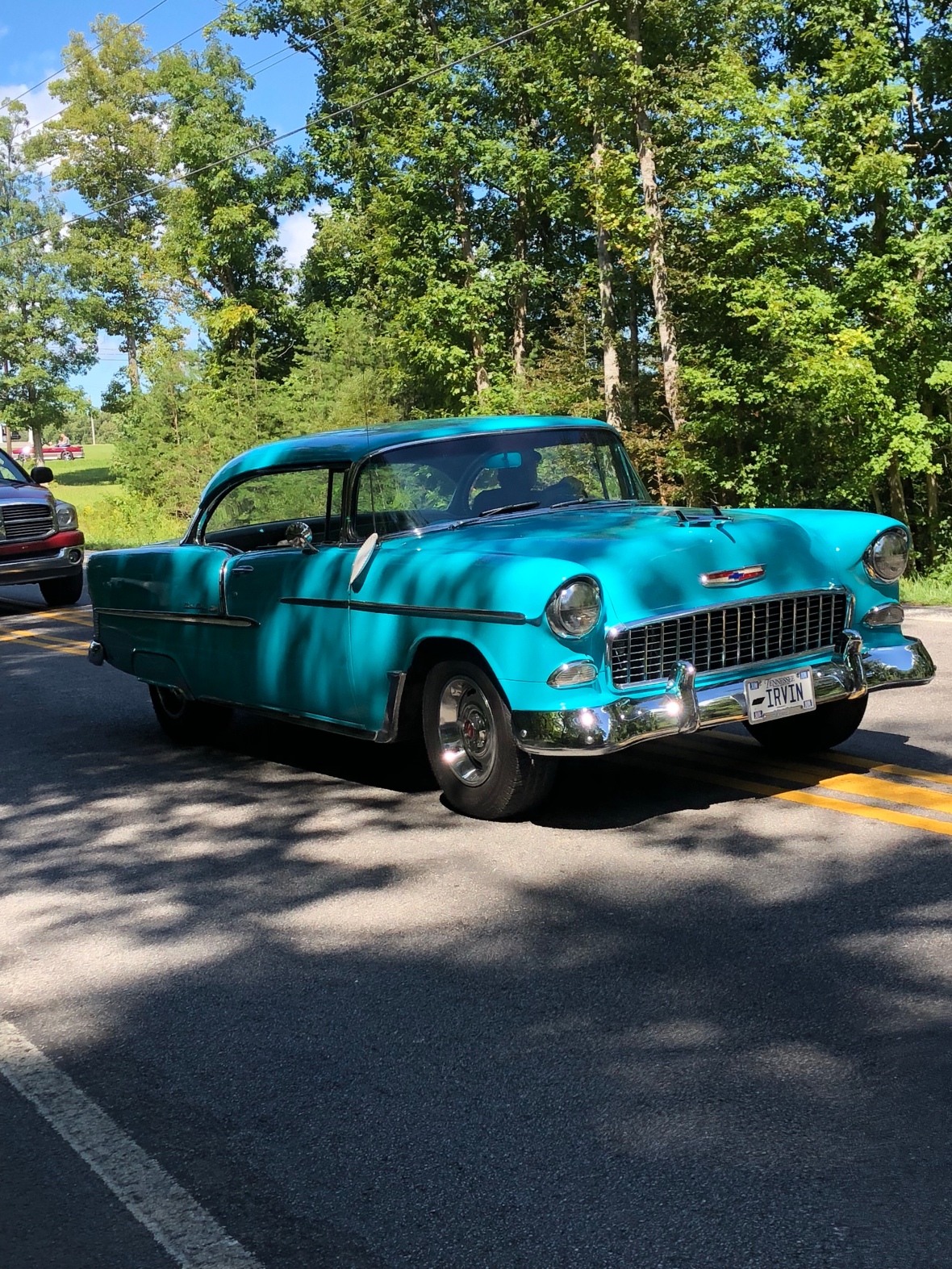 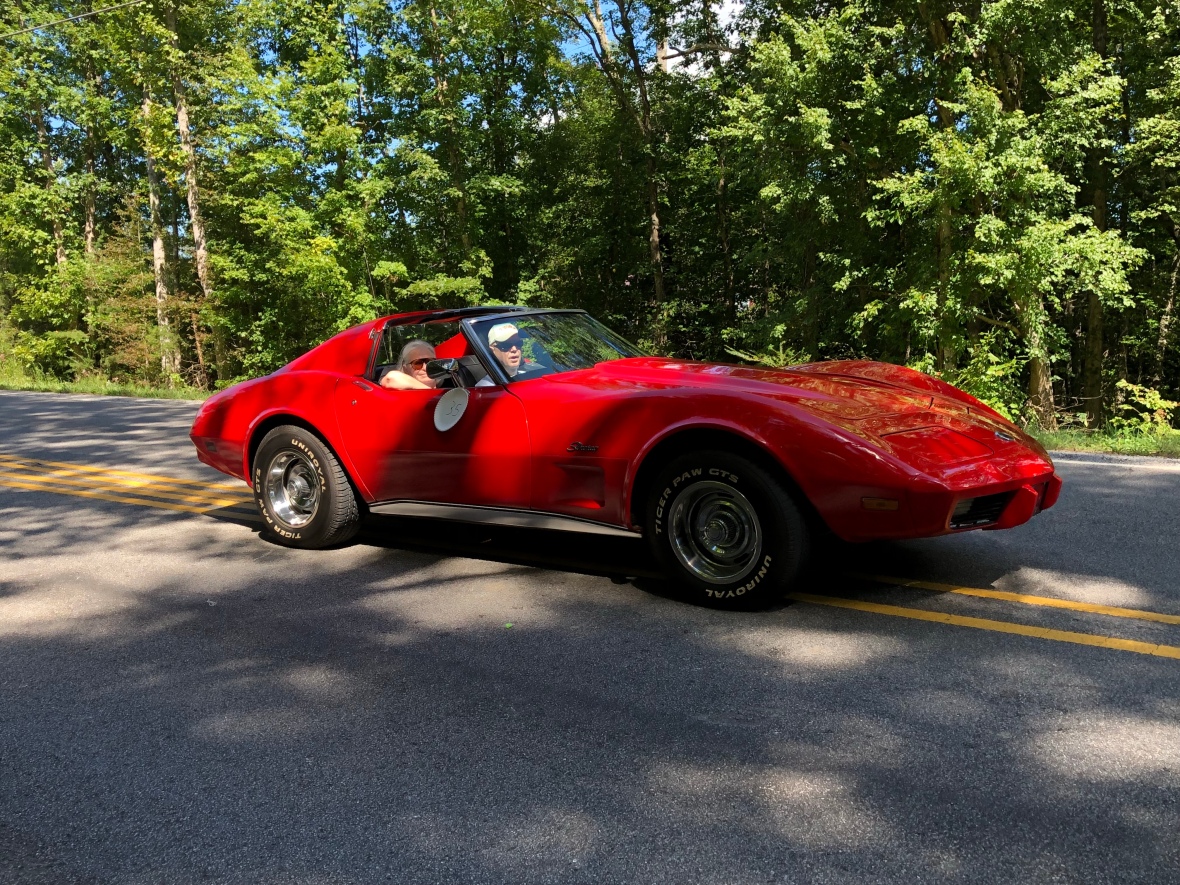 It was over before we knew it but not before we scored a fistful of candy and even a frozen pop! I gave the candy to kids next to me… well, most of it. 🤣

Side trip through the park. Very large park with scenic drives. Stopped at a day use area with swimming. The nice part was that dog were allowed! 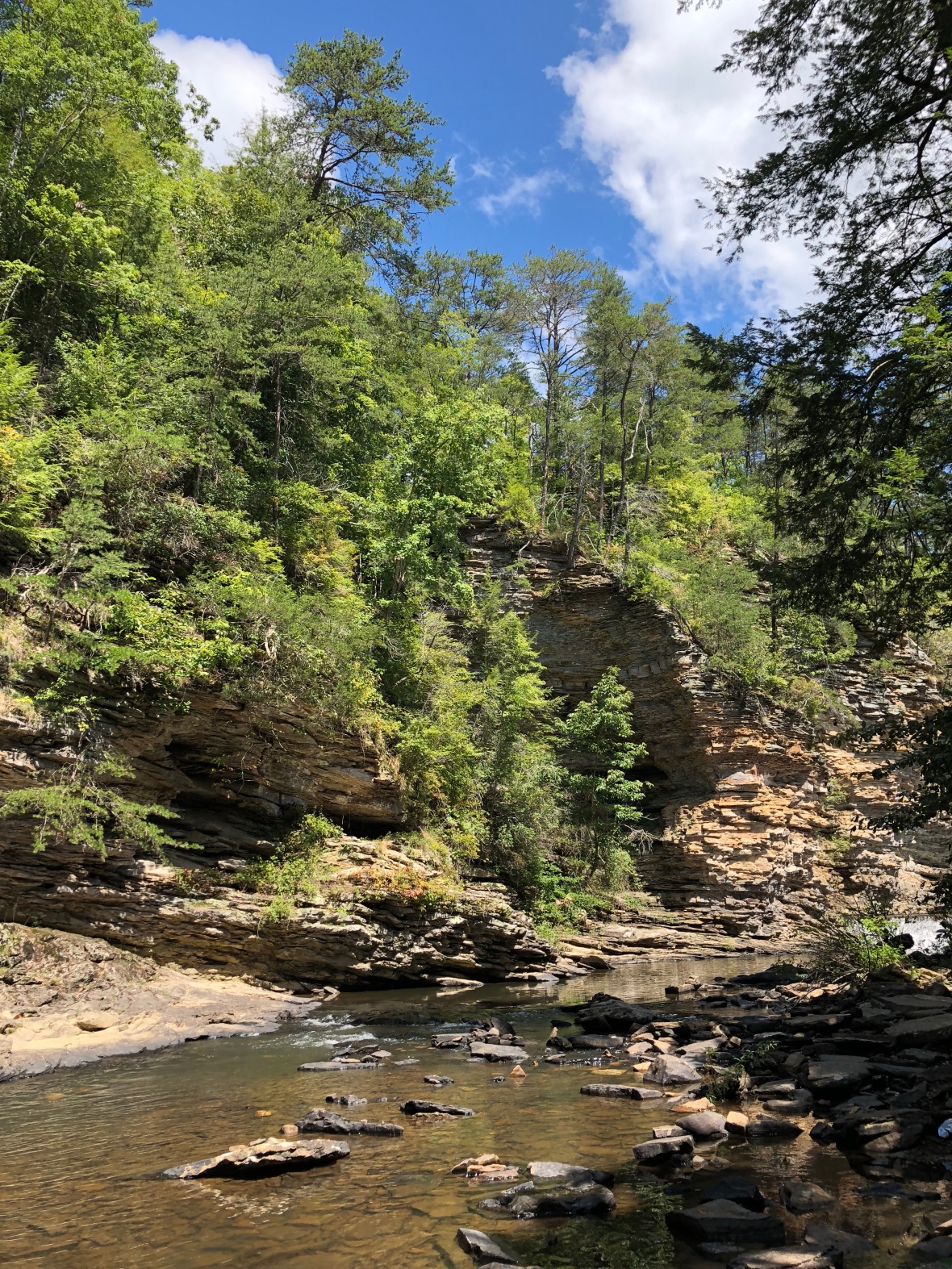 Daisy and I walked down the creek and had lunch and took a dip. 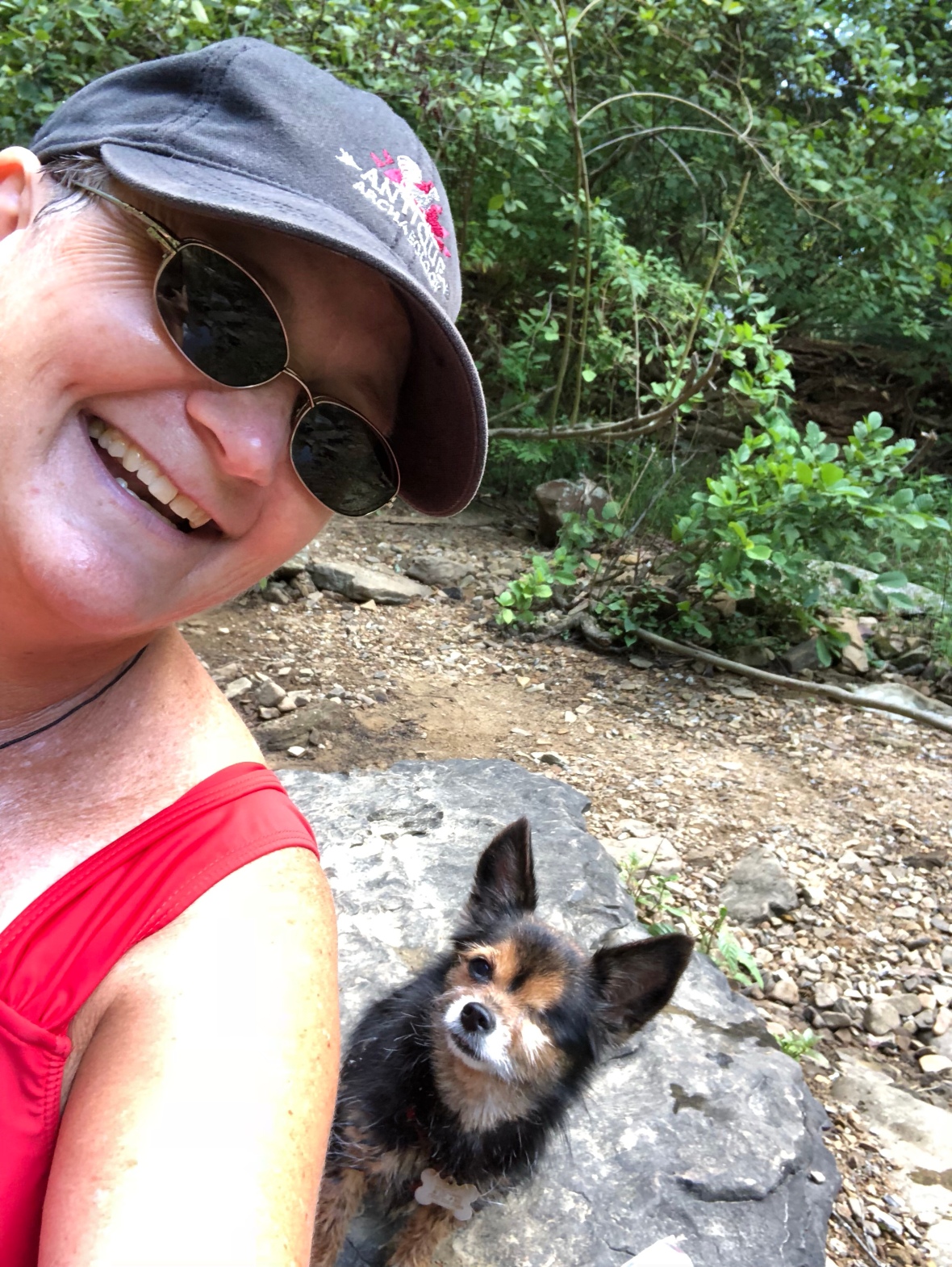 Sandwich made with cucumbers instead of bread! 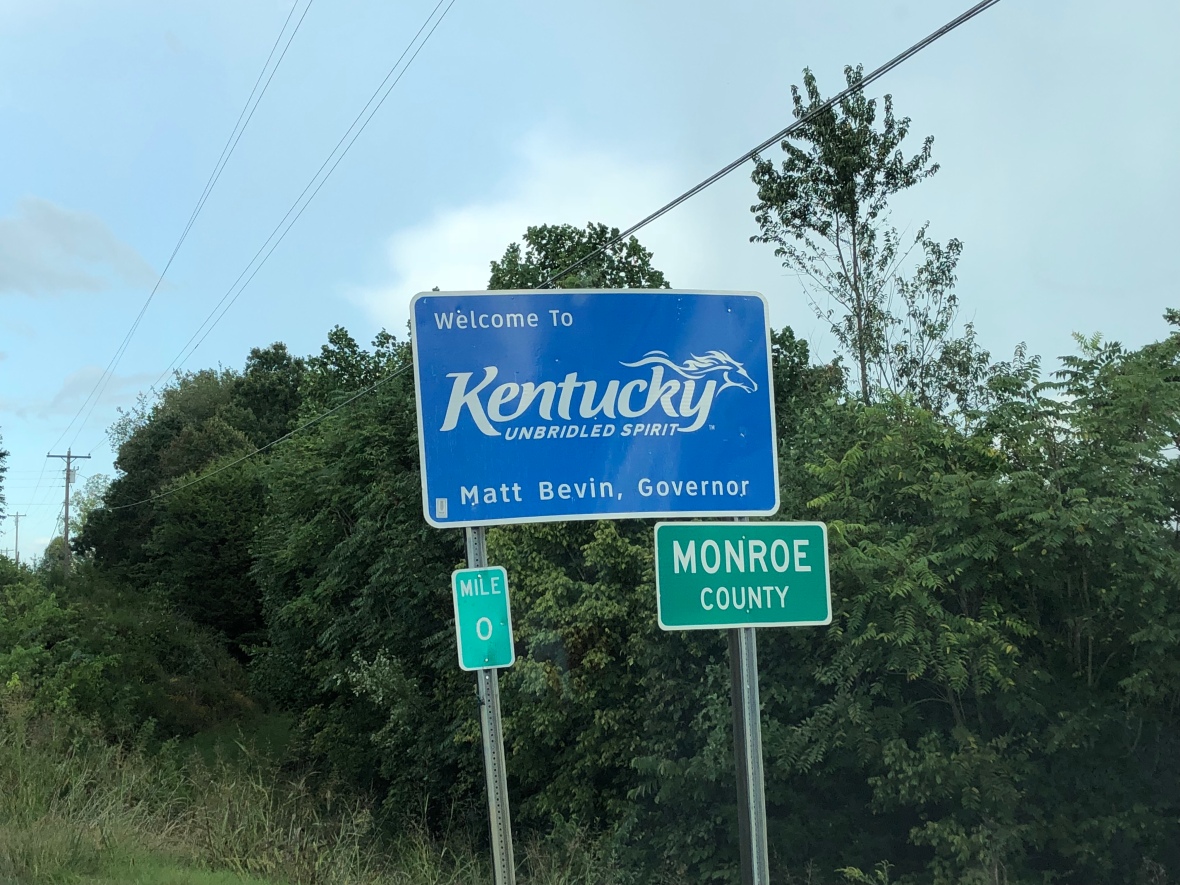 Located in Cub Run KY it is very nice at $19 with mixed shade and sun as well as water front versus non. Of course I picked waterfront. 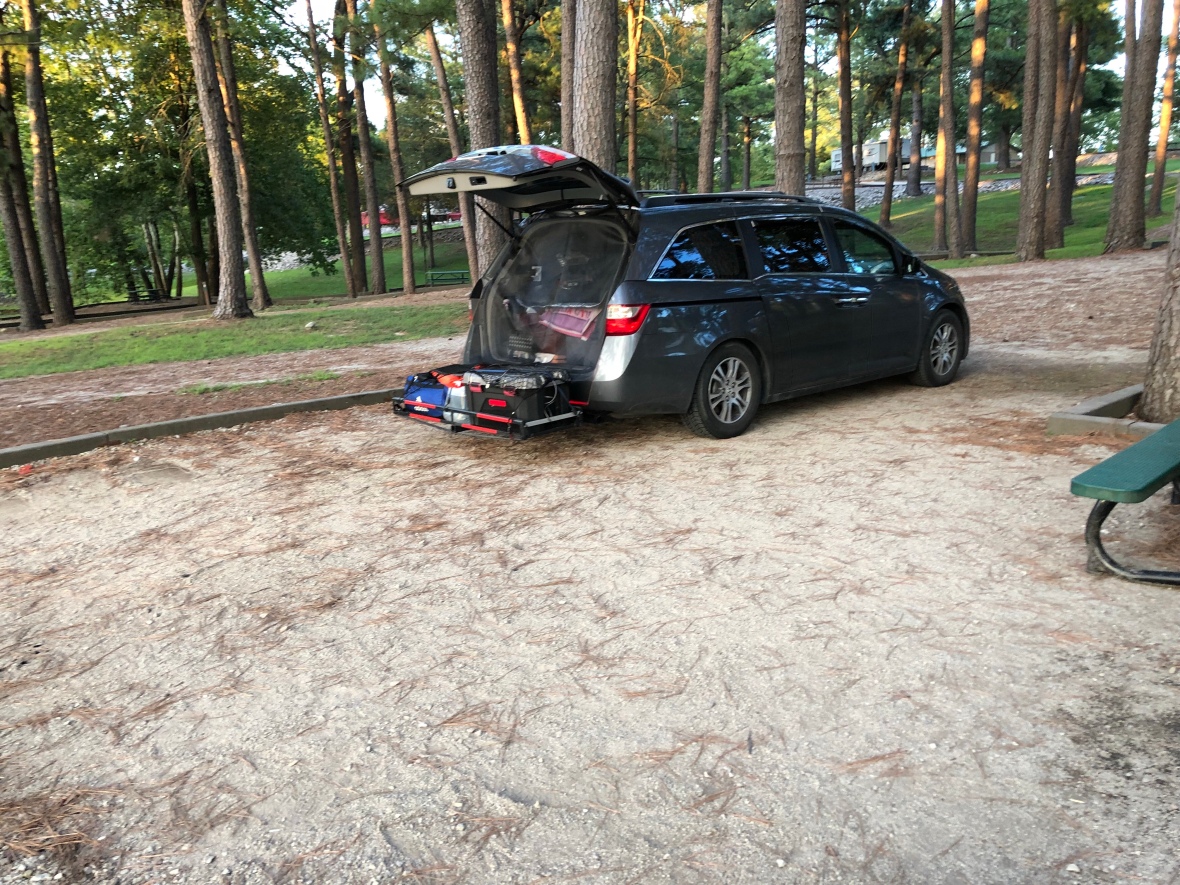 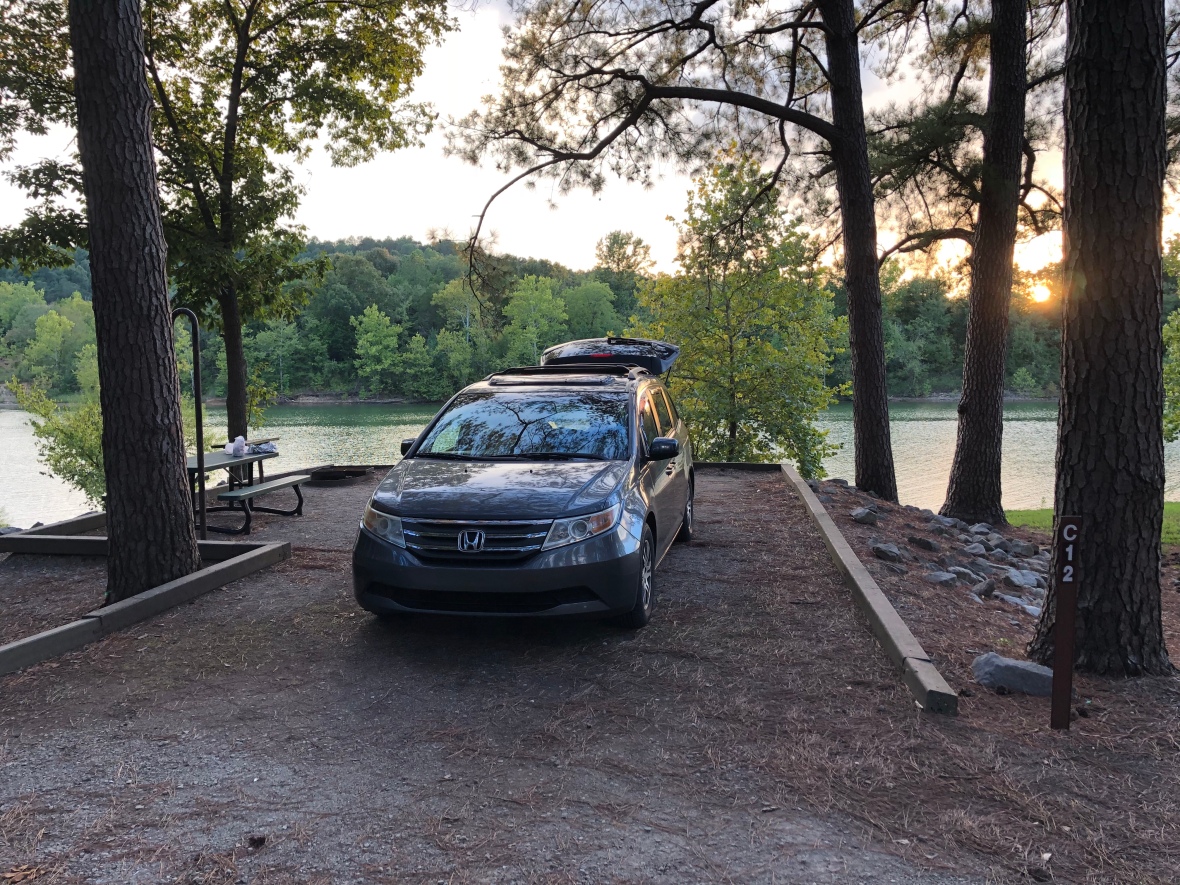 Manned ranger booth but too late for so they were closed. I called the toll free number to book my site.

After a long journey through the park and over a river with a ferry we went to Mammoth Cave. 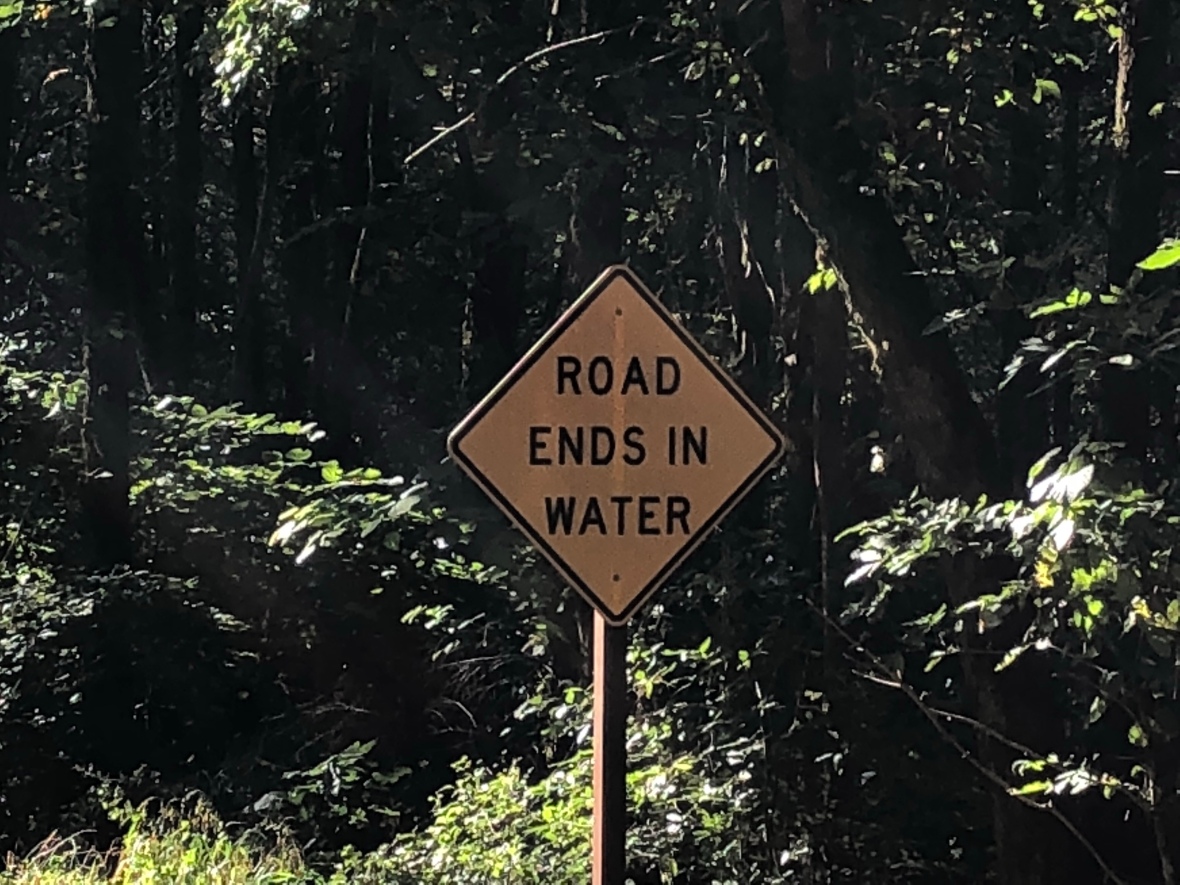 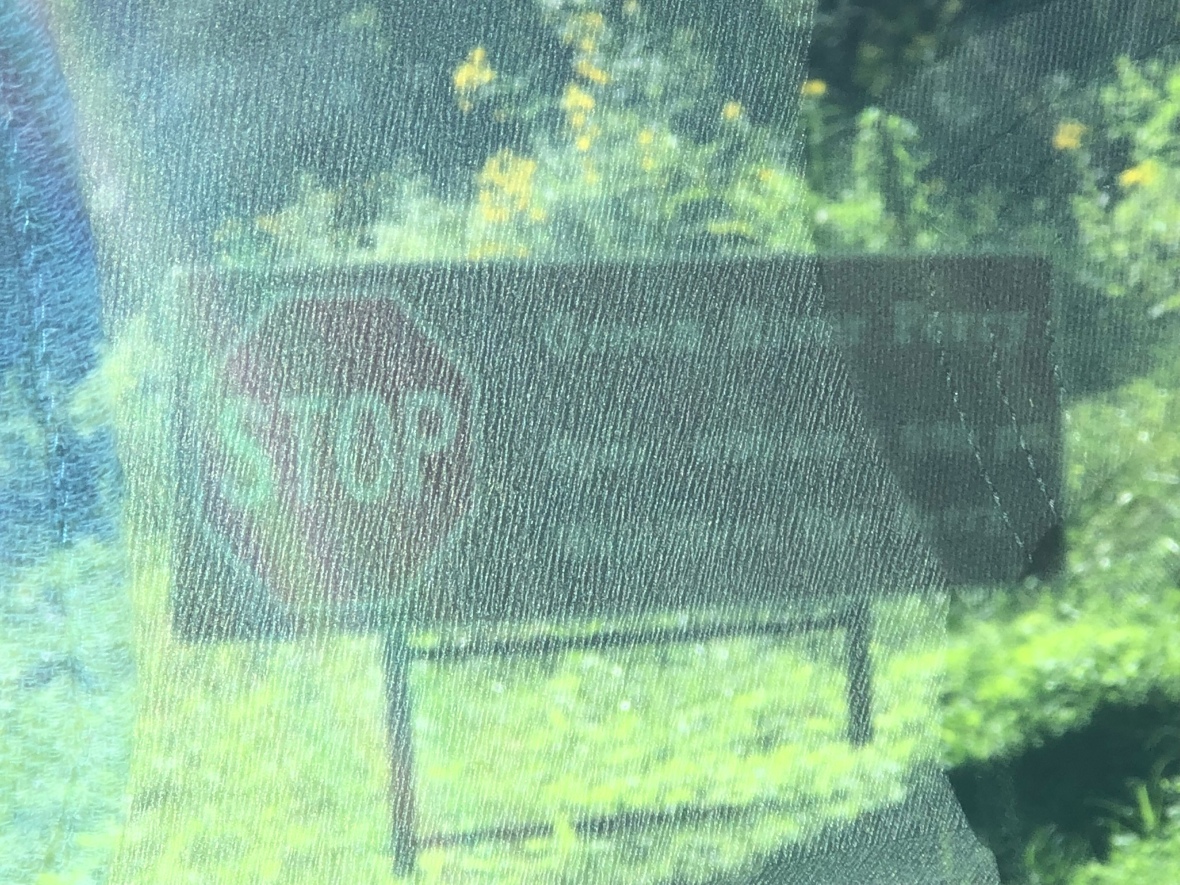 Here’s a video of the embarking and crossing.

We got there just in time for the Historic 2 hour tour.

It is the longest cave on the world, hundreds of miles.

It is a cool 54 degrees in the cave and felt great. I took my jacket but didn’t need it although I had on a tank and shorts.

Difficult to get photos.

They used candles to create theses. 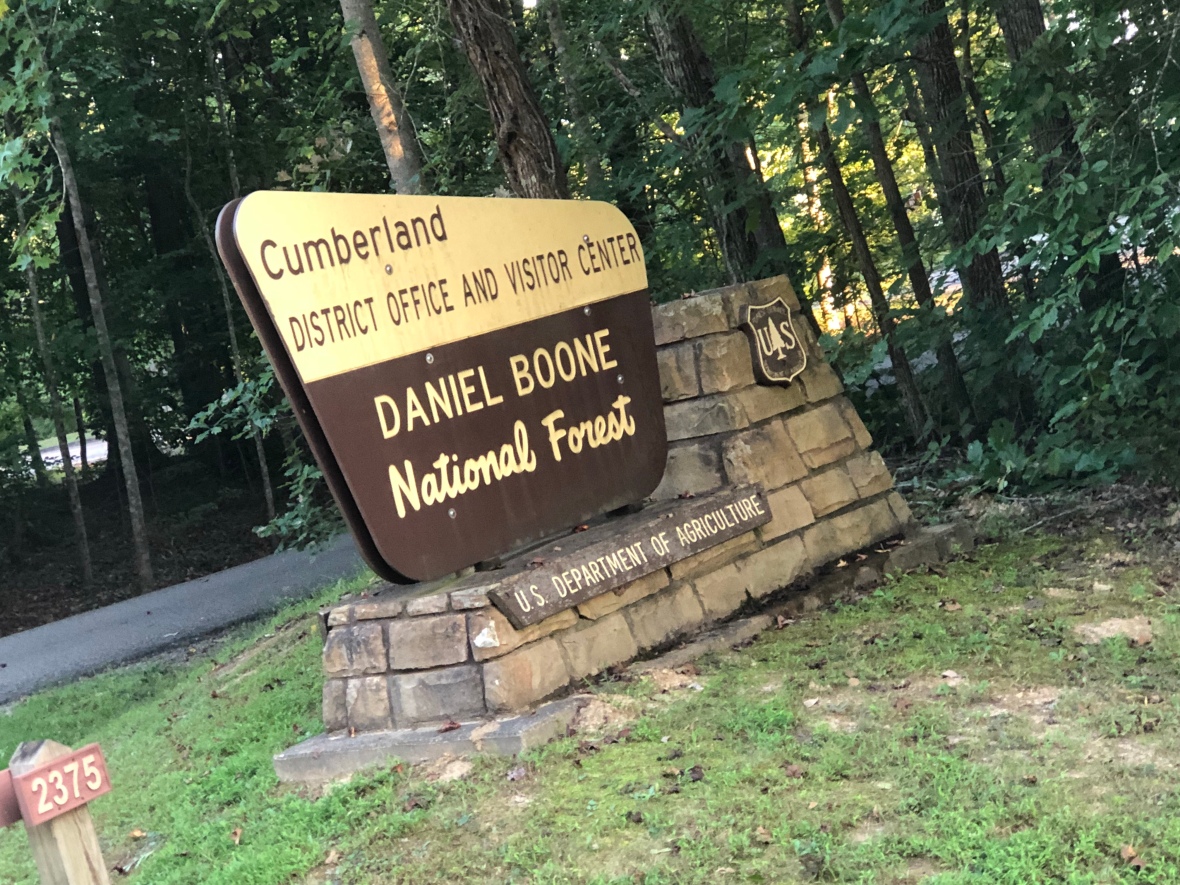 It was getting late and I needed a place. I couldn’t confirm the place I planned on staying so I found another. It was very rustic and a free dispersed campground. There were a couple of other folks there and as always I try to steer clear of others so I chose a spot up on a dead end road overlooking the campground. 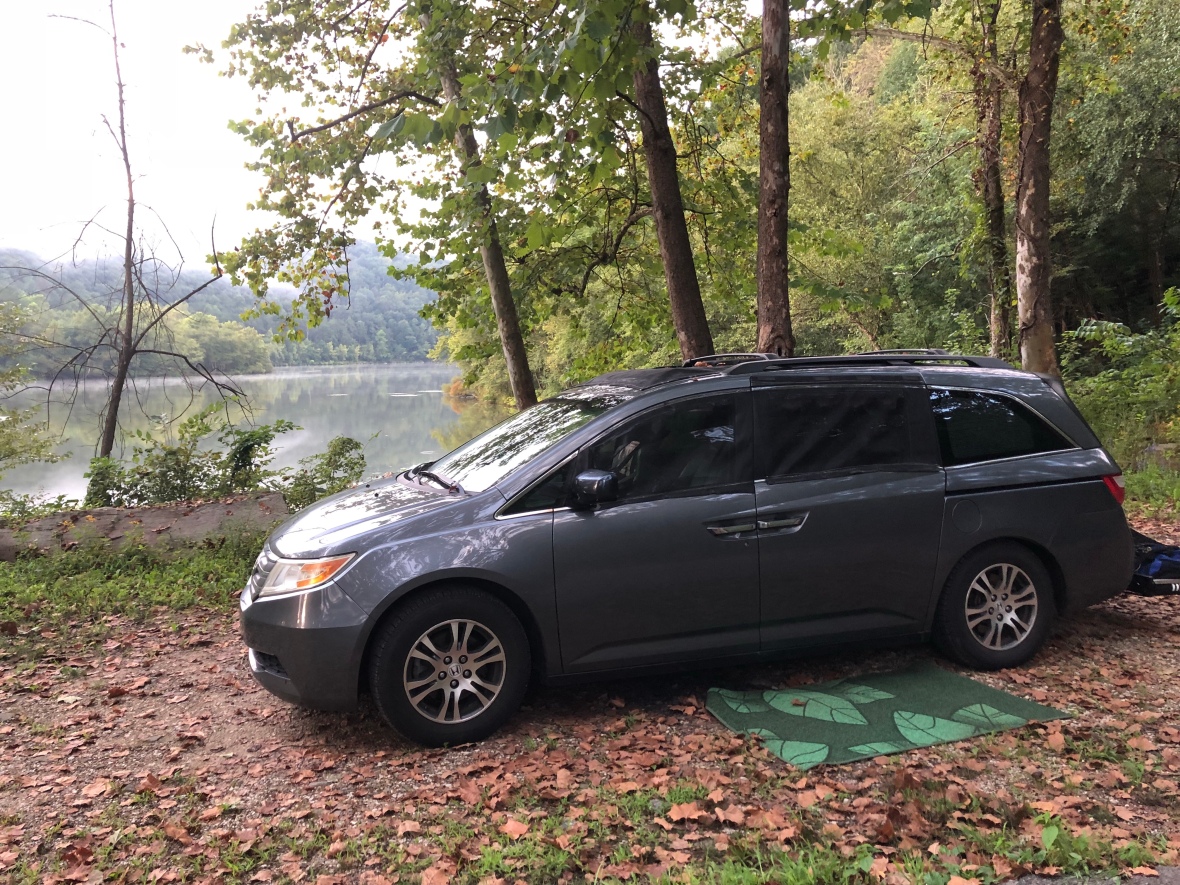 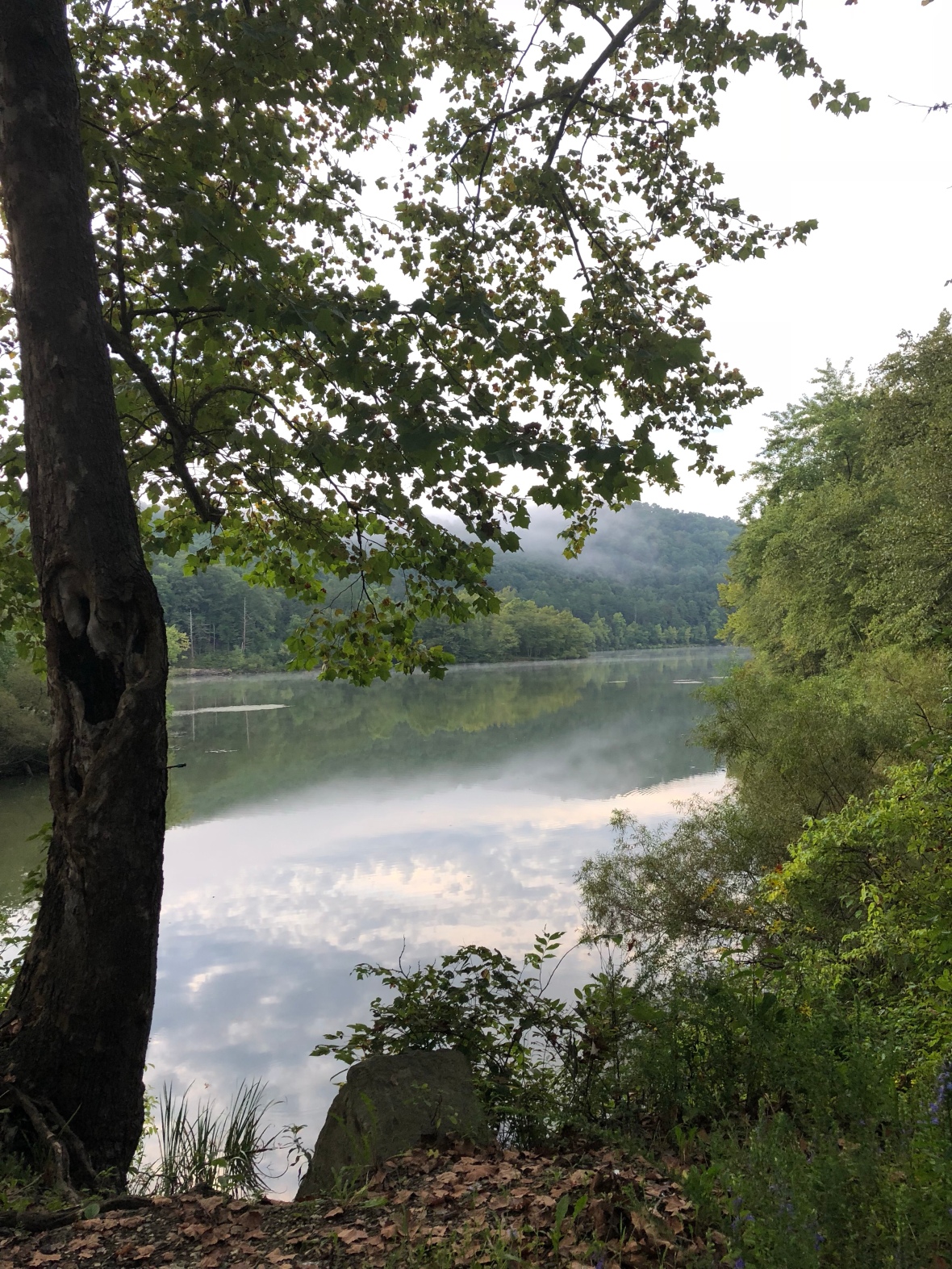 It was a nice drive through the forest. 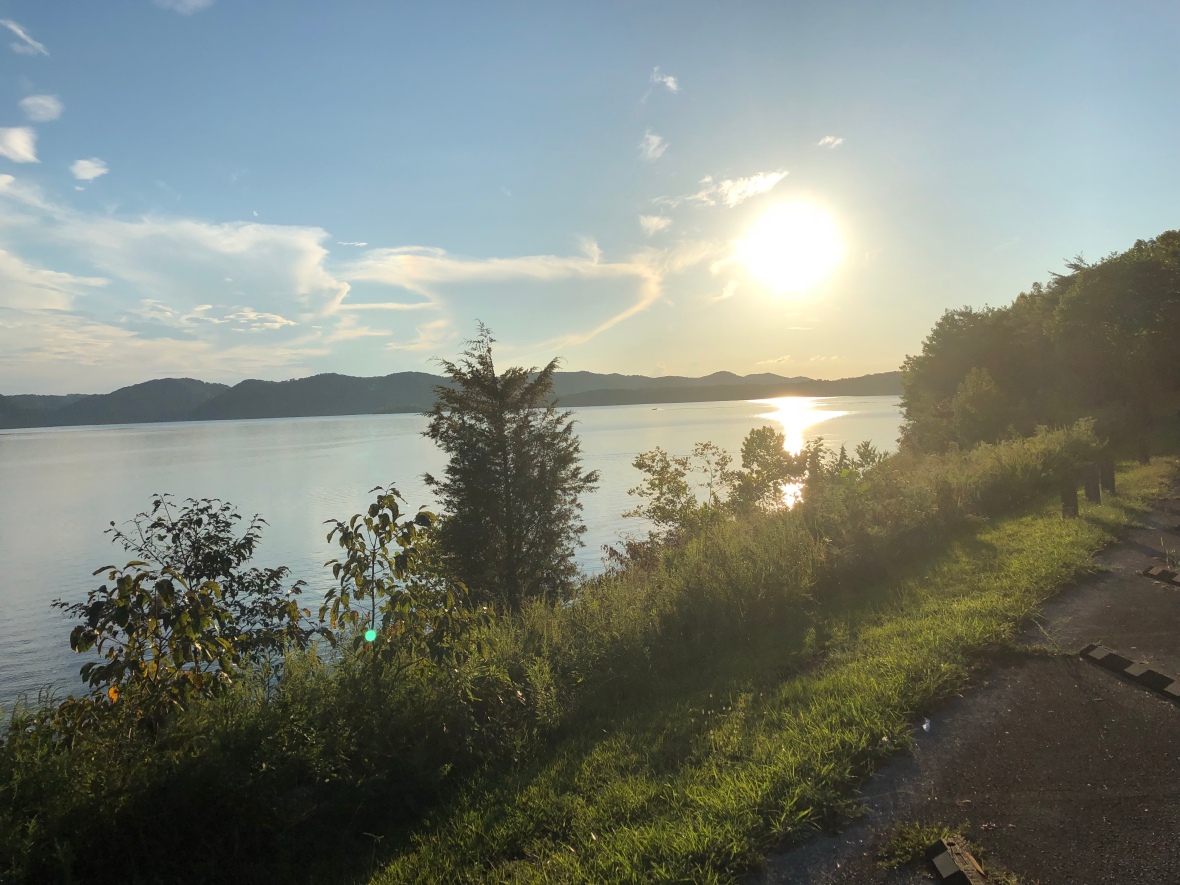 I didn’t unpack anything as I was uncomfortably with the surroundings and there was a bear food stings warning sign posted.

So, we ate a cold dinner and settled in for the night. At one point the other campers came back and were shining lights around. I hadn’t put up any window covering so I could see outside. I thought I saw a light coming up the path to where we were! I was freaking out!

I then realised it was lightening bugs!! 😂

I settled down and got a restless sleep. Woke up tidied up and headed out early not wanting to have another late day.

This is day 6. What I have learned: